November 29, 2014 | by Ville Krannila
Text and pics by VILLE KRANNILA

For yours truly a second dose of Primal Fear (first round was back in 2007) came recently on a Saturday evening at Helsinki’s Dante’s Highlight rock club. Add to this they were supported by Circle II Circle, who I’d never seen live previously so I was expecting a good night of high quality metal.

There was some good, bad and the ugly at display here. Let’s go through the bad first. The promoter changed – or at least announced different – playing times more than twice during the week before the show. The final announcement was made at Saturday afternoon, which of course was too late for us as we had already left for Helsinki. Thus we arrived at Dante’s sometime after 9 pm. Usually the doors always open at Dantes 9 pm but they made an exception and opened at 8 pm. First band started at 8.30. As we thought they would kick off at 9.30 we came to the place few minutes before that time – only to find out we had missed the first band Maya Roxx completely and Circle II Circle were already halfway through their set. This was disappointing to say the least.

Also the promotion of the shows was weak, so surprisingly (probably because it was Saturday) the house was still nicely filling before PF’s set. There was however still tickets sold at the door when we walked in. Anyways, Circle II Circle played about 6-7 songs after we came in. Most were from the new album “Consequence Of Power” (which I don’t have yet) and couple from “Delusions Of Grandeur”. The new stuff didn’t sound very impressive and the band’s playing seemed strangely sloppy.

They ended with two Savatage numbers “Taunting Cobras” and “Edge Of Thorns”. The latter especially was great to hear and left a good final impression. Zakk’s voice was excellent as one would expect and he definitely had a great stage presence. However, the other players seemed a bit amateurish next to him. I’m sure they are fine musicians but for whatever reason, lost a lot in the charisma department. Plus like I said, their playing could have been tighter.

On to Primal Fear, now this was a different story altogether. Instantly it was obvious they are a live band with, not just great chemistry, but pure adrenaline and drive many bands simply lack. This was clear right from the get-go as they kicked off their set with “Sign Of Fear” – a great opener from “New Religion” that really tested vocalist Ralf Scheepers’ lung power. 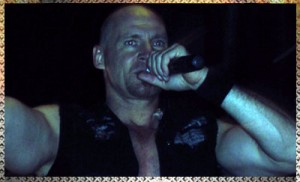 The whole set definitely worked and except drummer Randy Black’s relatively short solo, no time was wasted on anything else than solid heavy metal. Personally highlights were “Fighting The Darkness” and “Seven Seals.” Both were classic melodic rockers that really came off brilliantly in a live setting. Of course one always hopes for something and in this case, it would have been nice to hear “Iron Fist In A Velvet Glove” that was one of the best tracks during the aforementioned 2007 show. However, you cannot have everything
and overall PF played a good strong section of material from all their releases. As far as I could tell, only “Black Sun” was ignored completely.

Scheepers kept the song introductions to a minimum, only adding few Finnish words in between. Mat Sinner also thanked the enthusiastic crowd couple of times. Sinner at one point also requested 10 seconds of silence in respect of Gotthard vocalist Steve Lee, who had perished recently in a horrible motorcycle accident. Almost everyone paid their respects and this was a nice moment. Almost everyone, as of course some idiot felt the need to shout song requests right at that point. Luckily he was ignored.

Three fast belters “Final Embrace,” “Metal Is Forever” and “Angel In Black” closed the set. The band came back to play “Running In The Dust,” which went down like a storm. The final extra encore was a great surprise. Ralf said something like “a song by the mighty Judas Priest” and they launched into “Metal Gods”! This was an awesome way to end the show and crowd was really into it. This left a great feeling for everyone to head out into the night. 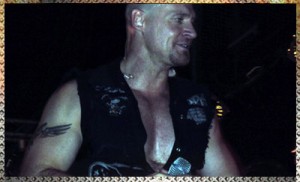 Ralf Scheepers was definitely the star of the show. His voice soared and according to few of the other witnesses, didn’t break once throughout the whole concert. The Swede behind many classic hard rock and metal releases, the one and only Magnus Karlsson has fitted in very well on guitar. In Henny Wolter’s absence, Silent Force’s Alex Beyrodt filled in with his somewhat flashy, Malmsteen-influenced antics. Karlsson and Beyrodt played well together and Mat Sinner offered strong backup on vocals and bass. Black was a strong
bottom end on drums, keeping the rhythm heavy and steady throughout. And like I said before, set list was fine too. I’m not huge fan of the new album, so I was glad they only played three songs off it. The ones they did play were probably the best tracks on it, so well done.

Overall Primal Fear once again delivered an astounding set of classic power influenced heavy metal. It literally (as I’d forgotten my ear plugs to my hotel room) had my ears ringing for days after the show.