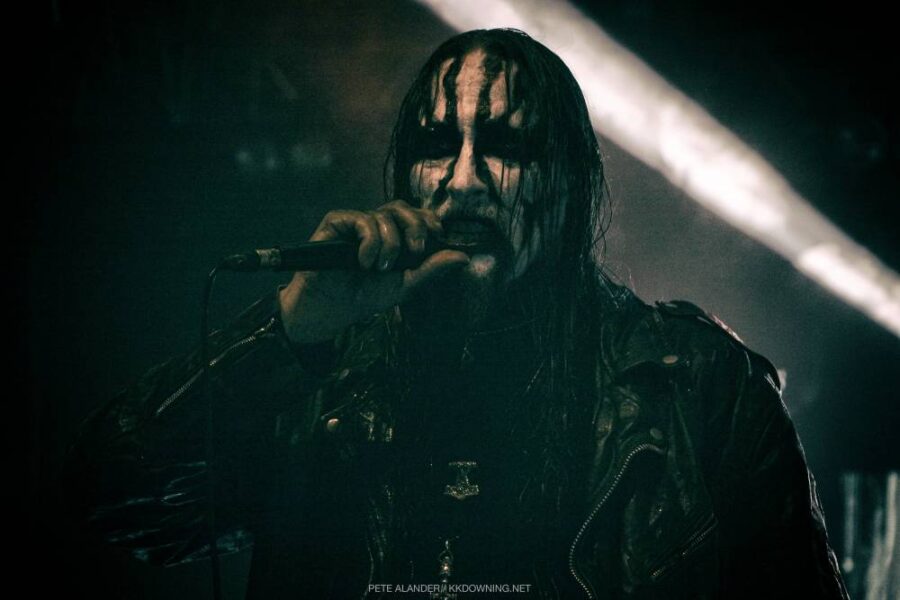 To see all the pictures from Steelfest: 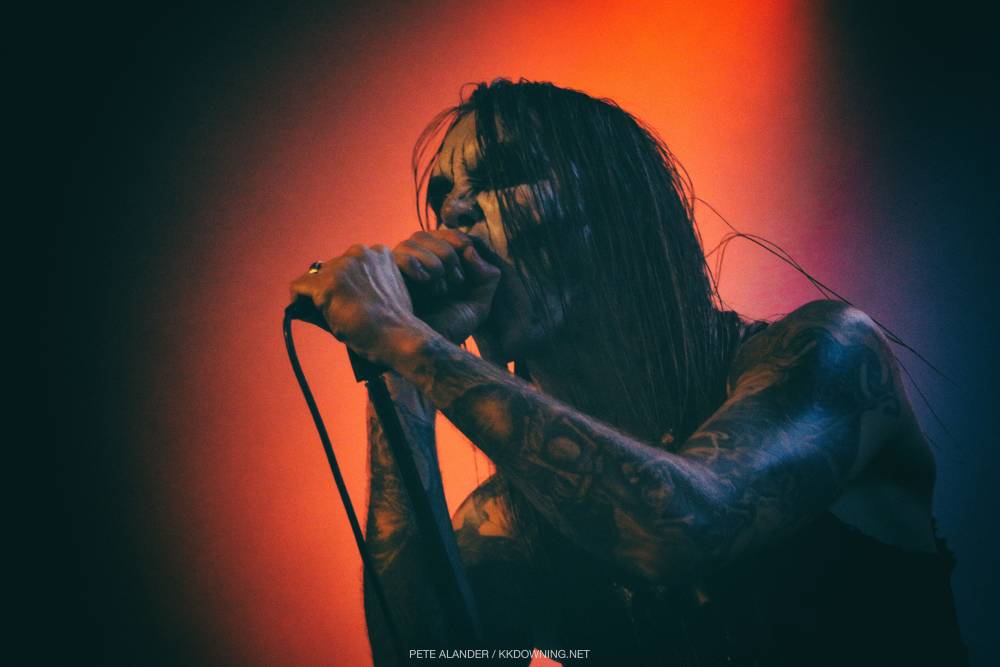 Sold out extreme metal gathering Steelfest was celebrating it’s eighth birthday on a sunny and warm weekend, also starting the festival season of 2019 with a brutal kick in the face. There’s only two years left to celebrate the big ten for Steelfest and it is hard not to see it happening. Steelfest has improved itself year after year and kept within a nice compact package where every extreme metal -lovers gets what they want. 30 bands in two days, no breaks, no bullshit. Just full throttle blasphemy, great music and open atmosphere.

Steelfest is set in Hyvinkää city, which is located in the Uusimaa region, Southern Finland, approximately 50 kilometres (30 mi) north of the capital Helsinki holds the population of 46 600 habitants. Steelfest increases the amount to 50000 with its approximately 4000 guests from all around the world. Despite Steelfest international reputation and it’s positive impact of city’s economical and branding status town has previously refused to promote it. This year though was nice exception and you could see Steelfest mentioned in Hyvinkää’s own marketing material.

Friday offered really tight set of bands from Finland, USA, France, Norway, Canada, Austria, Holland and Brazil. Finnish Disciples of the Void (3) had the honour to kickstart the party with their brutal set. Spellgoth from Horna stepped in as a visitor singer in Trollheim Grott’s (3) show. Band did a great comeback last year and proved to still have what it takes. 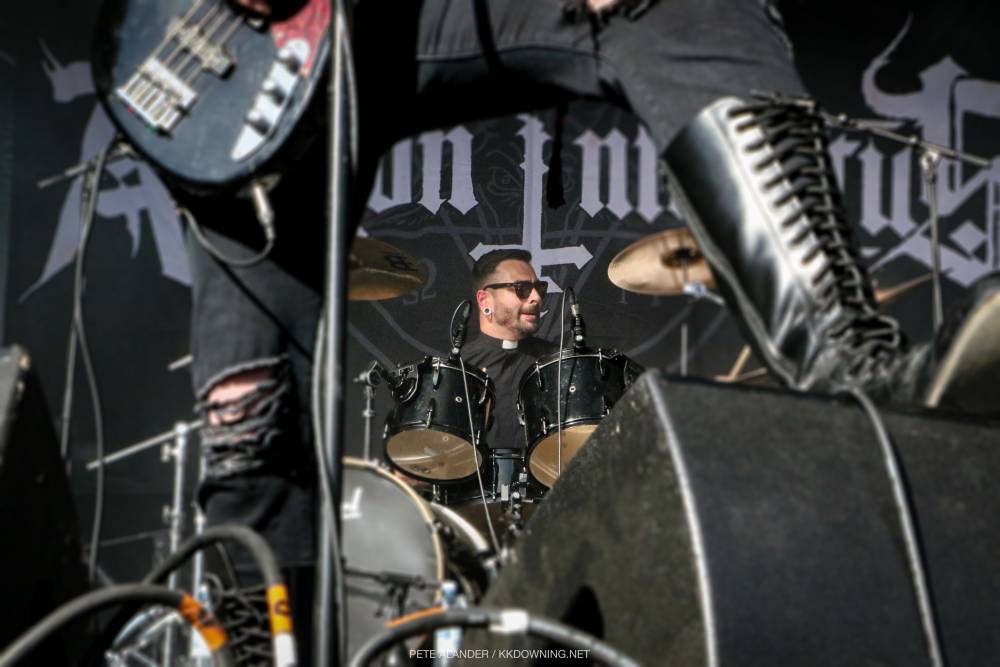 Norwegian death metal -act Myrkskog (3) didn’t disappoint either and after their murderous act it was nice to check out Advent Sorrow (3) and it’s doomy, atmospherical and depressive show.

Paris based, legendary perhaps, Arkhon Infaustus (3) had the worst luck and their gear was still in Paris airport when their show was supposed to start. Luckily they delivered, but unluckily 20 minutes late, decent performance with borrowed instruments. It takes an experienced band to handle situations like this so horns up. 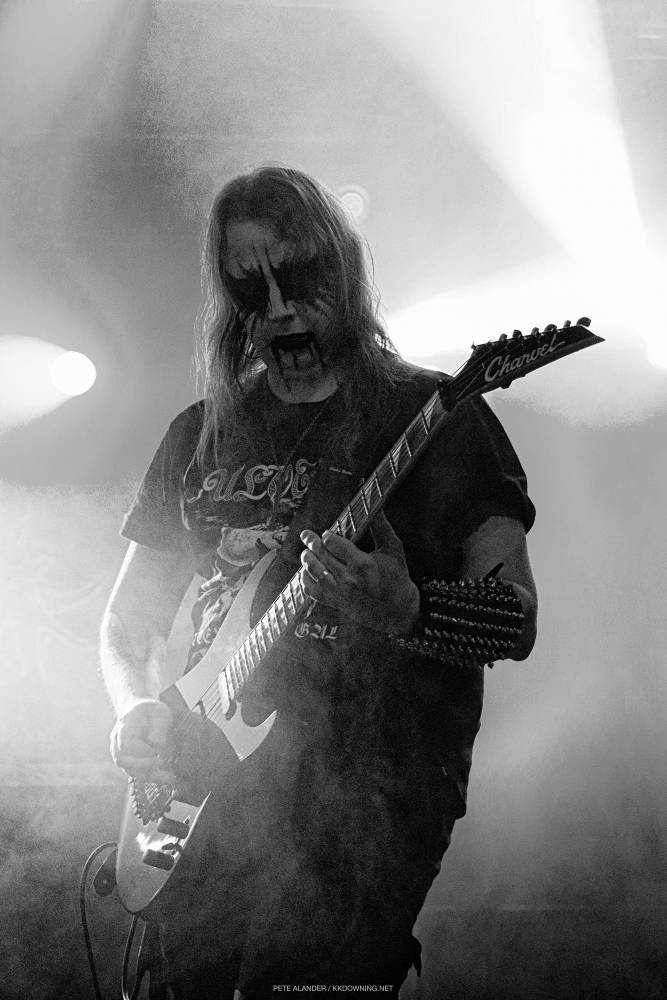 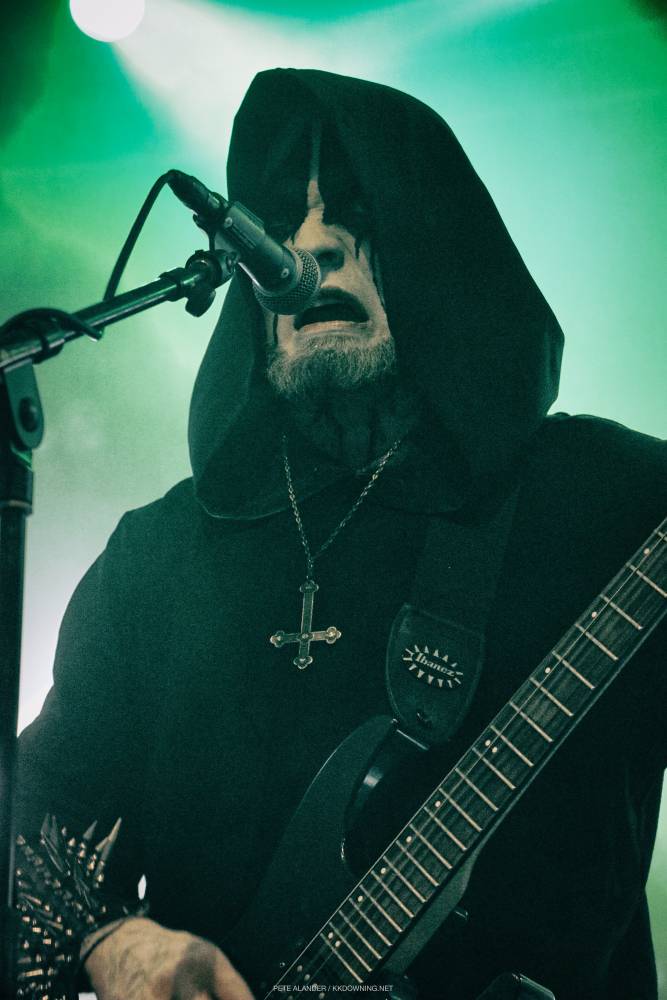 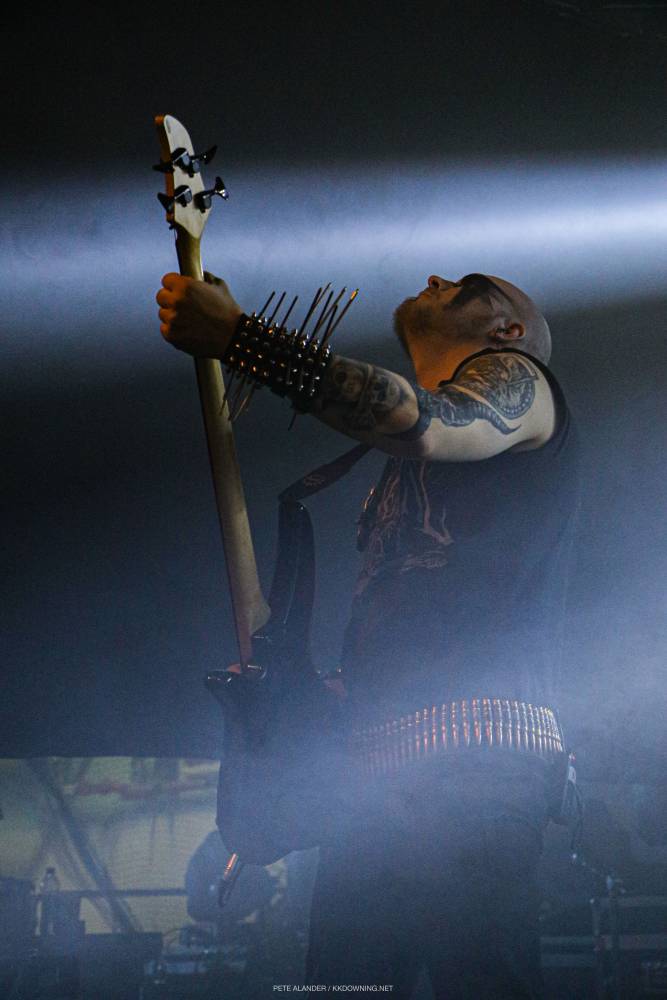 Fridays highlight came next as Antimateria (4) blasted their atmospheric and paganish -metal show with great sounds and tight performance. Evil (2) had some sound issues but delivered an Evil act. As we got to hear some French language as Monarque (3) from Quebec and Canadian Seigneur Voland (2) blasted their angry acts. 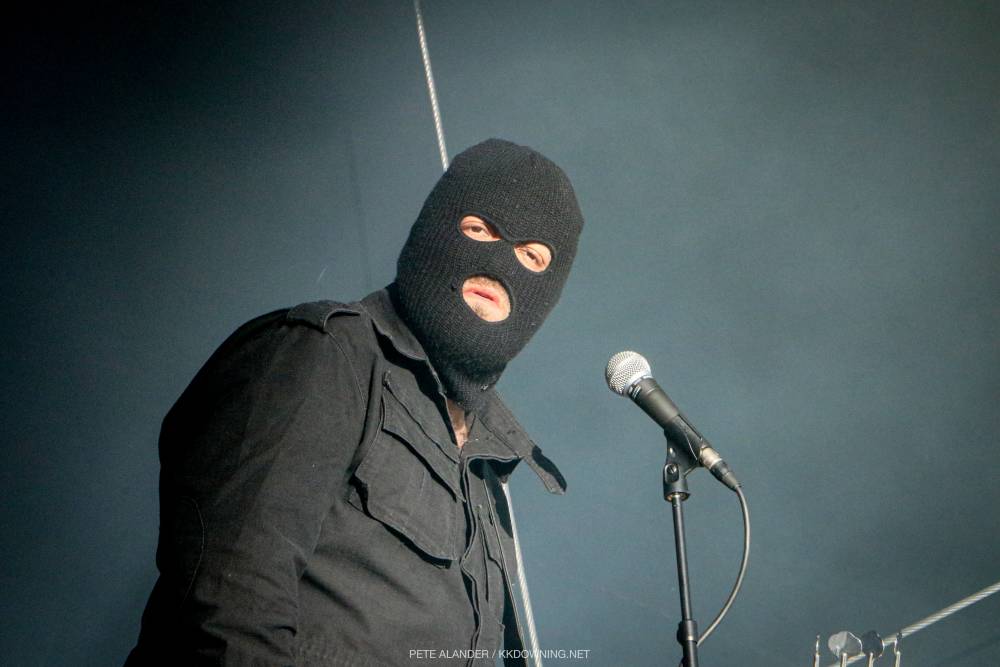 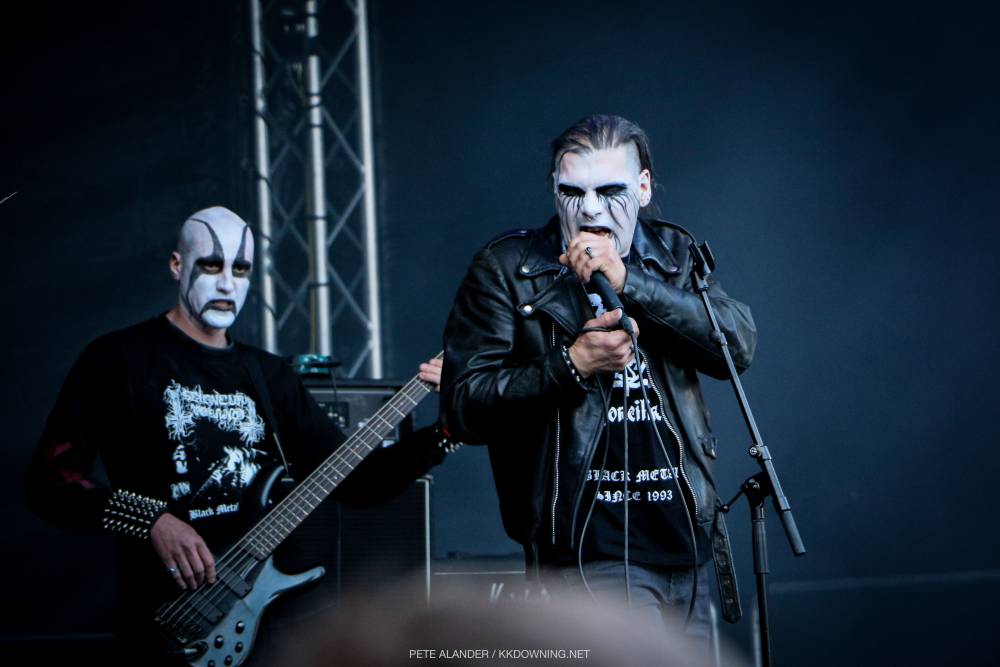 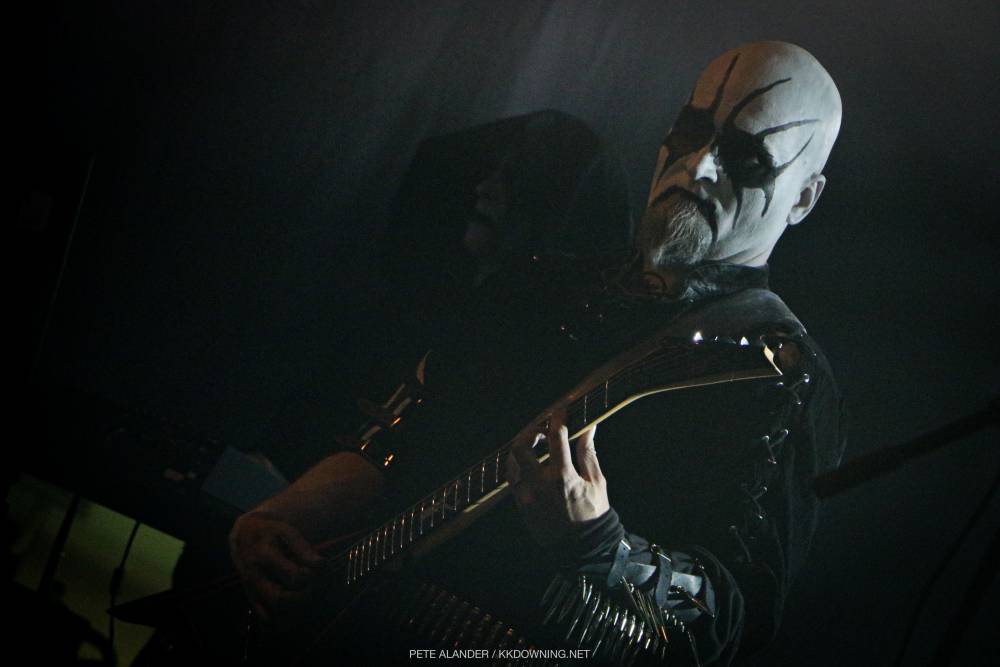 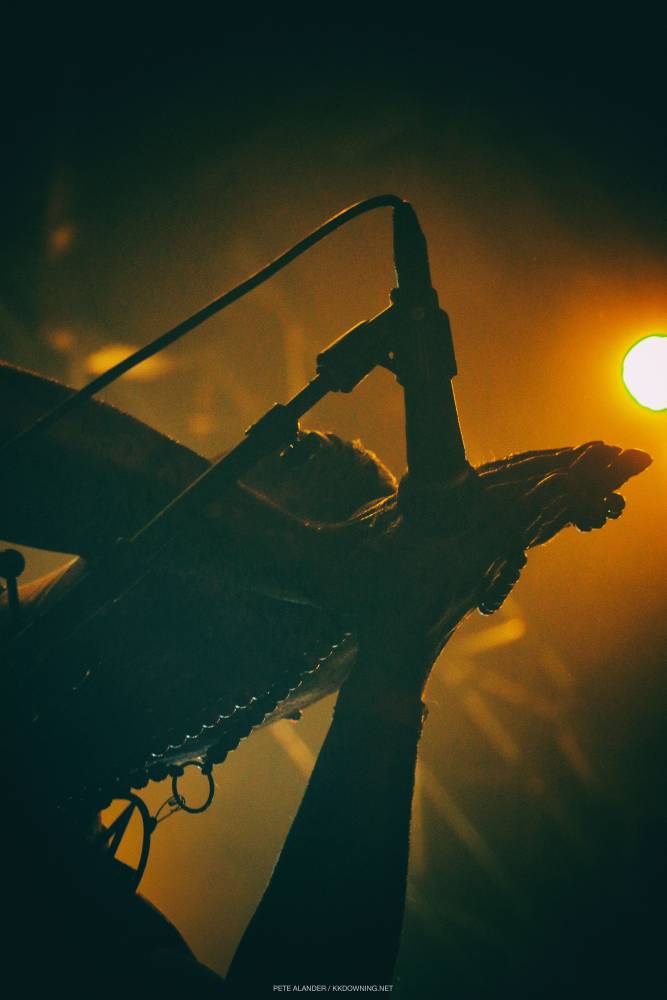 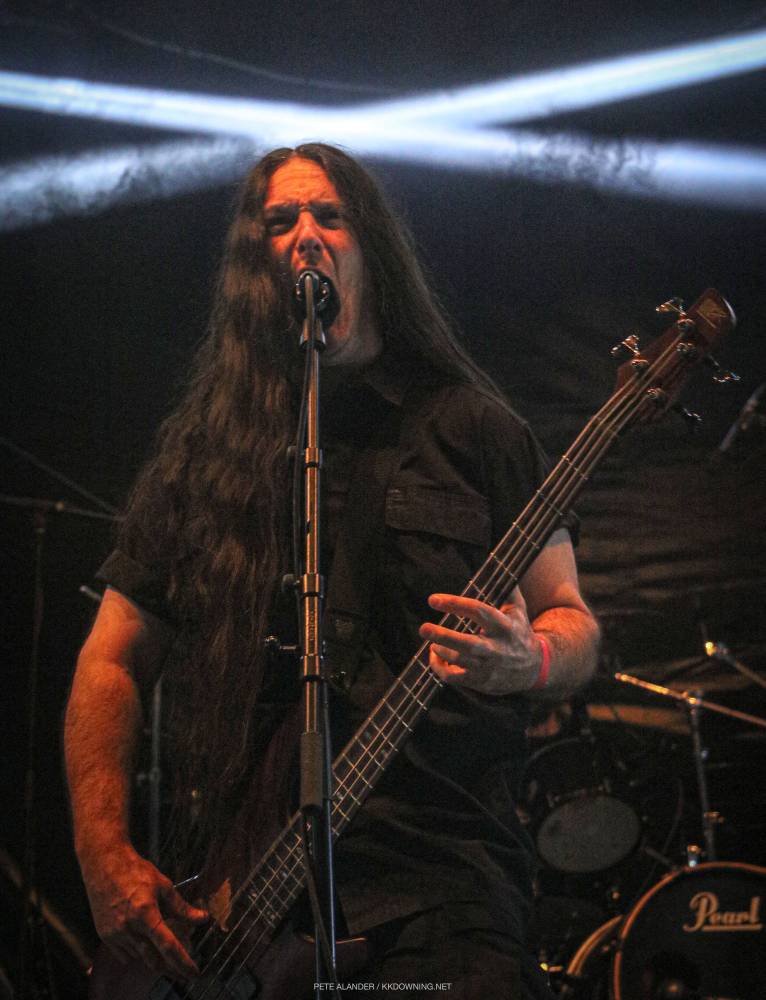 It is not a common thing to have chart music in extreme metal -fests but local act Vargrav (4) hit the inner stage with gloomy and fierce show with Werwolf as a singer. Band had the honour to be #3 in Finnish charts of most sold records during Spring 2019. Hail Satan!

Belphegor (4) had to be one of the best live-performances of Friday together with Horna (4) who delivered deep and top-notch 45 minutes of mayhem! 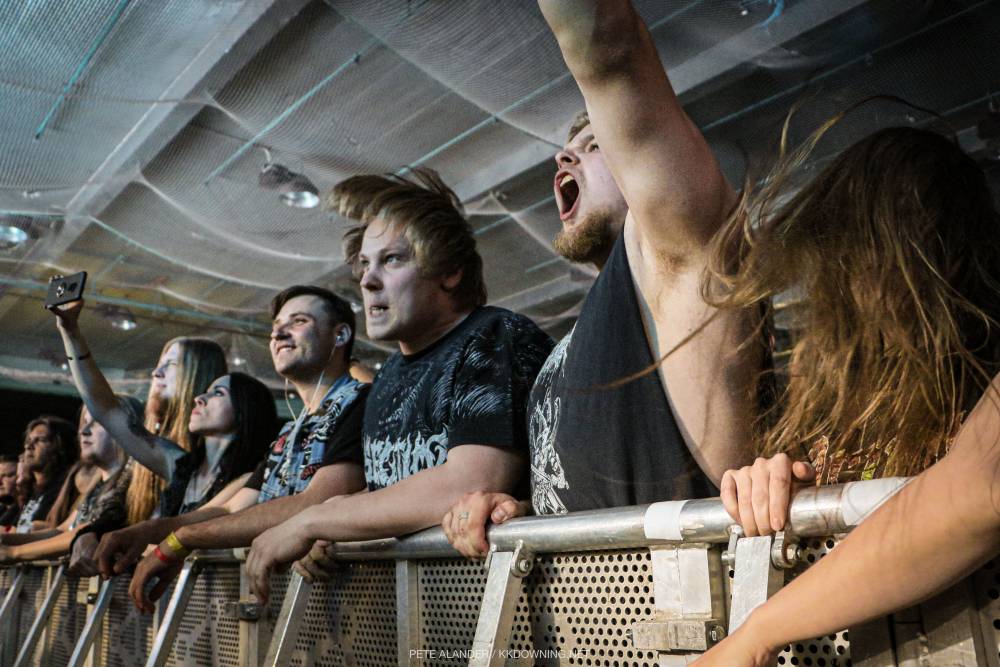 Saturday started out with a blast in the inner stage by technical Finnish black metal group Morgal (3). Afterwards in a sunny outer stage yellow corpse painted singer of …And Oceans (4) gave somewhat of weird yet very entertaining show with their industrialised black metal. At the end of the gig Spellgoth joined stage to show upcoming summer’s latest fashion tips for women by wearing a beautiful dress.

After this H&M -commercial it was time to get a bit more serious again when Canadian group Deletere (3) conquered the inner stage with a raging act. Aeternus (3) from Norway on the other hand gave a great shoutout to blackened death metal. Finnish Totalselfhatred (3) had some technical problems at the beginning but delivered very atmospheric performance. 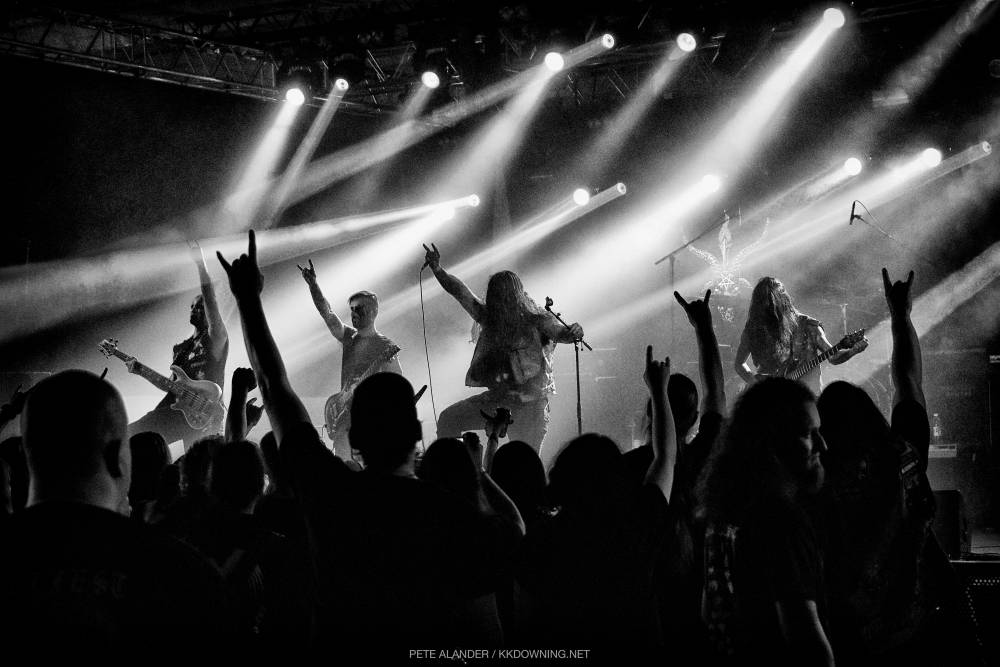 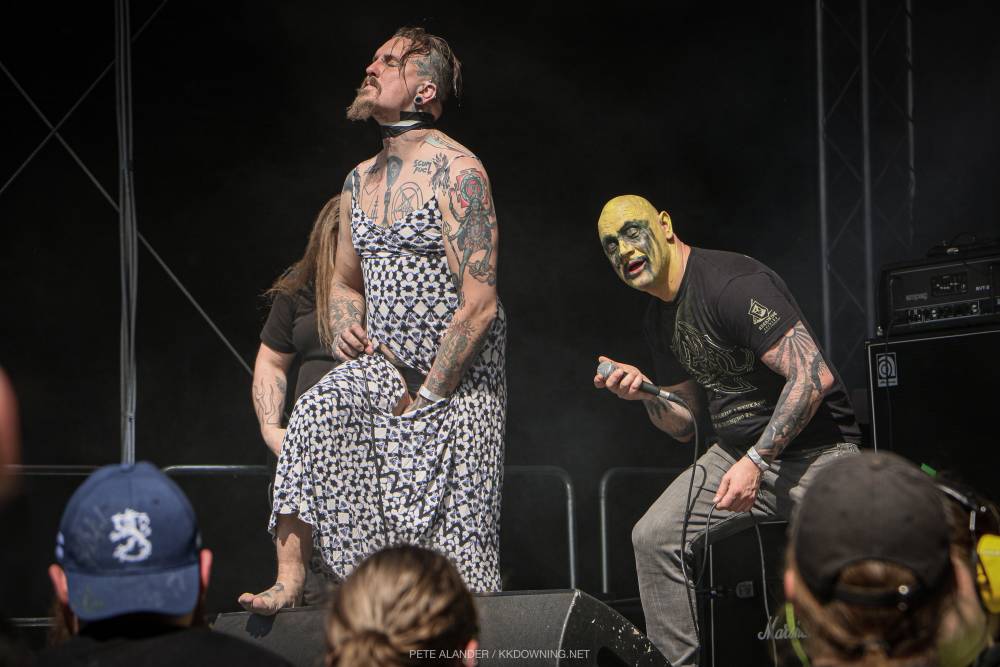 After Grave Miasma’s (3) blasphemic show ex-Gorgoroth vocalist Gaahl gave one of the best frontman-based performances in Steelfest 2019. Gaahls Wyrd (4) really is something you want to see live. When Gaahl gives you a deep stare you will feel shivers dine your spine even day after.

I needed my lunch and beer(s) -break at this point so I only got a glimpse of Costa Rican act Deiphago which sounded pretty awesome even listened from further away. Kroda (4) conquered the inner stage and this was their second performance in Steelfest. No complaints except some stuff from the setlist was missing but that’s just my opinion. Next there was some Nordic Viking anthems when Einherjer (3) stormed their almost joyful act. 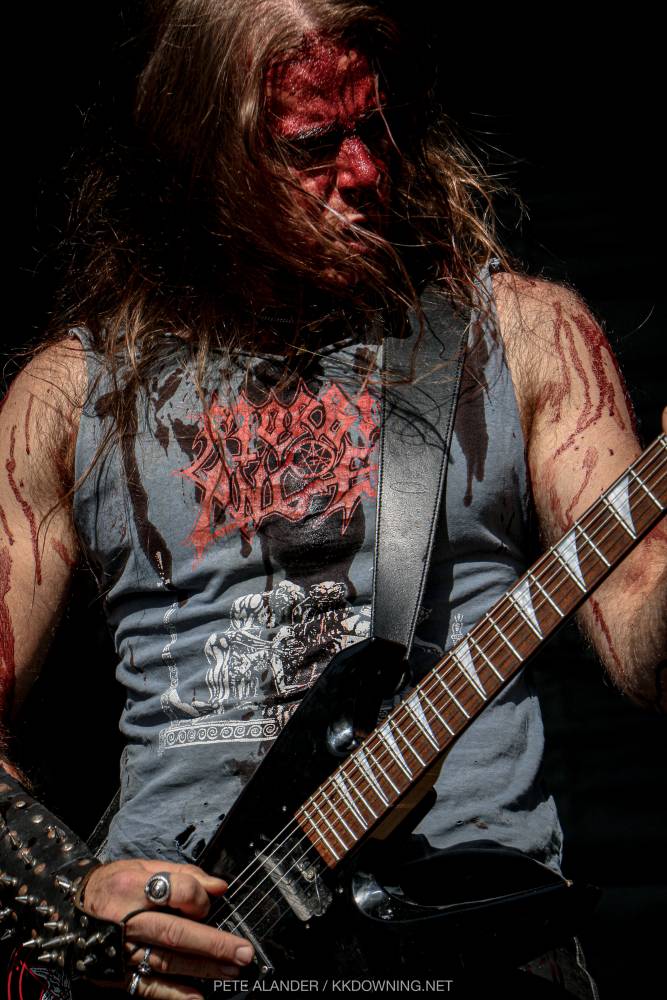 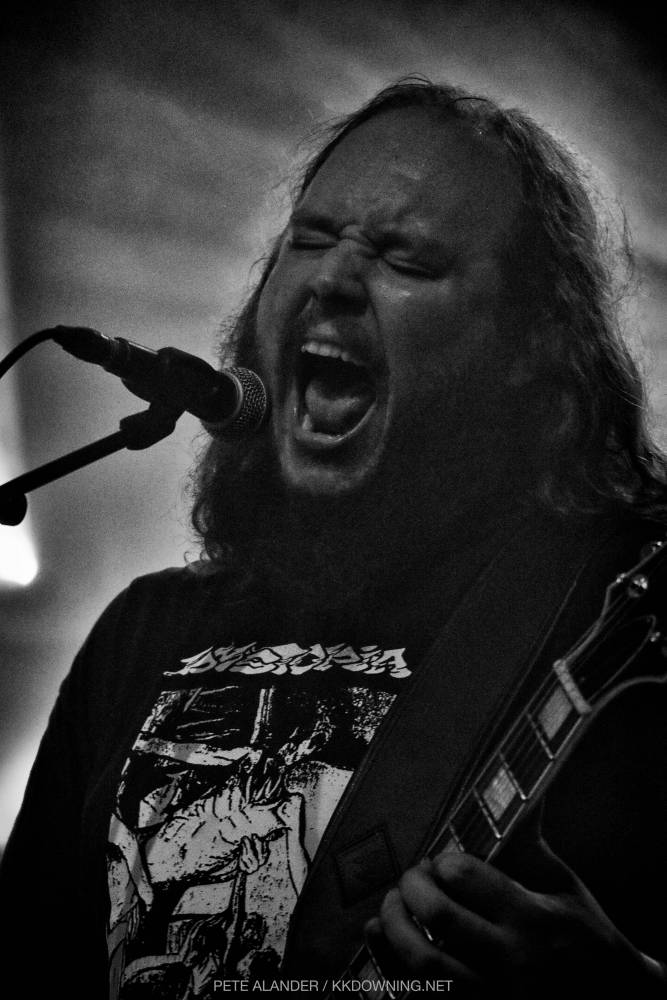 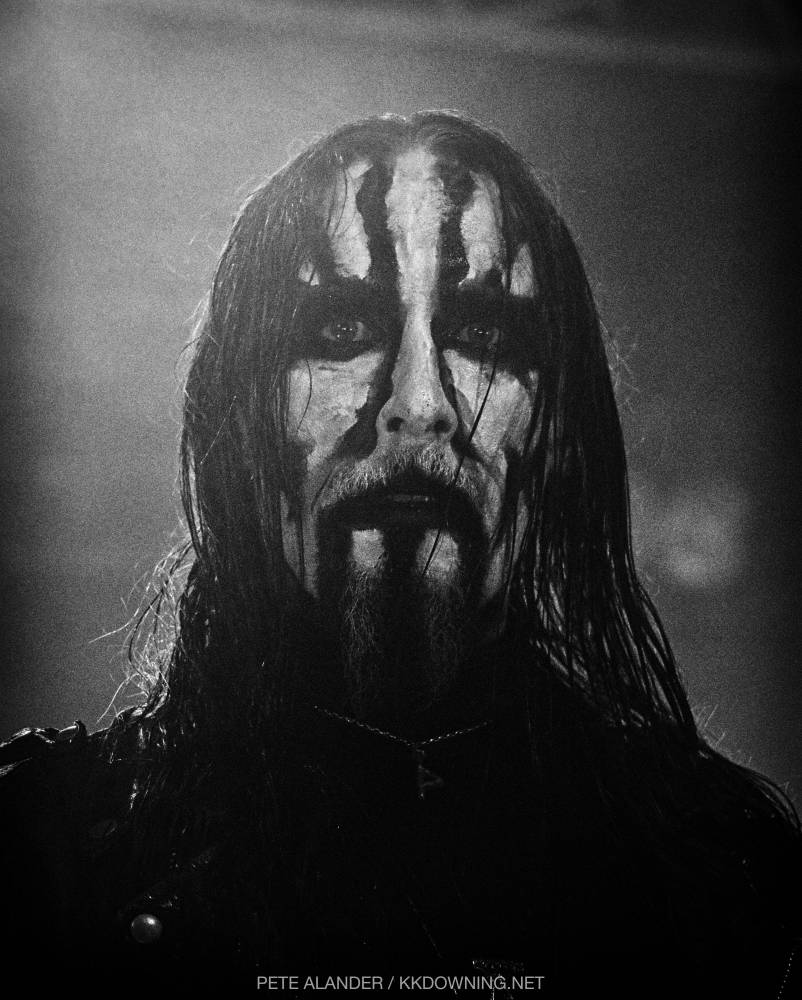 Personally I like when you get totally surprised by bands you are not so familiar with. Naglfar (5) did it by delivering an amazing show. Legendary Dutch death act Asphyx (3) was great to finally see live and Odium (4) was one of the most surprisingly amazing bands in Steelfest. Unfortunately I had to skip almighty Vital Remains show but luckily witnessed Nargaroth (3) afterwards. 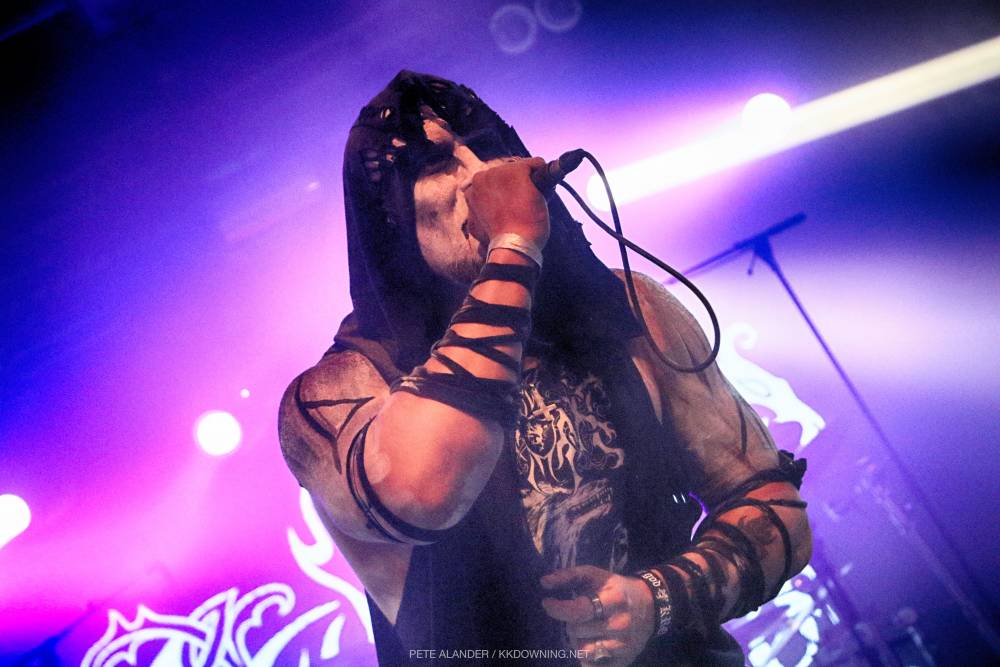 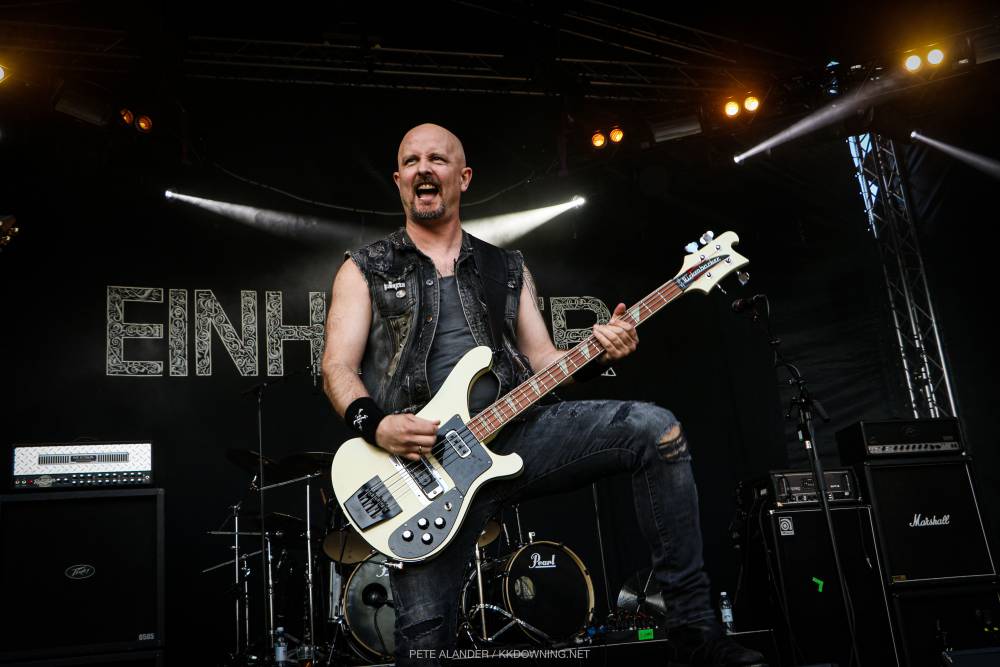 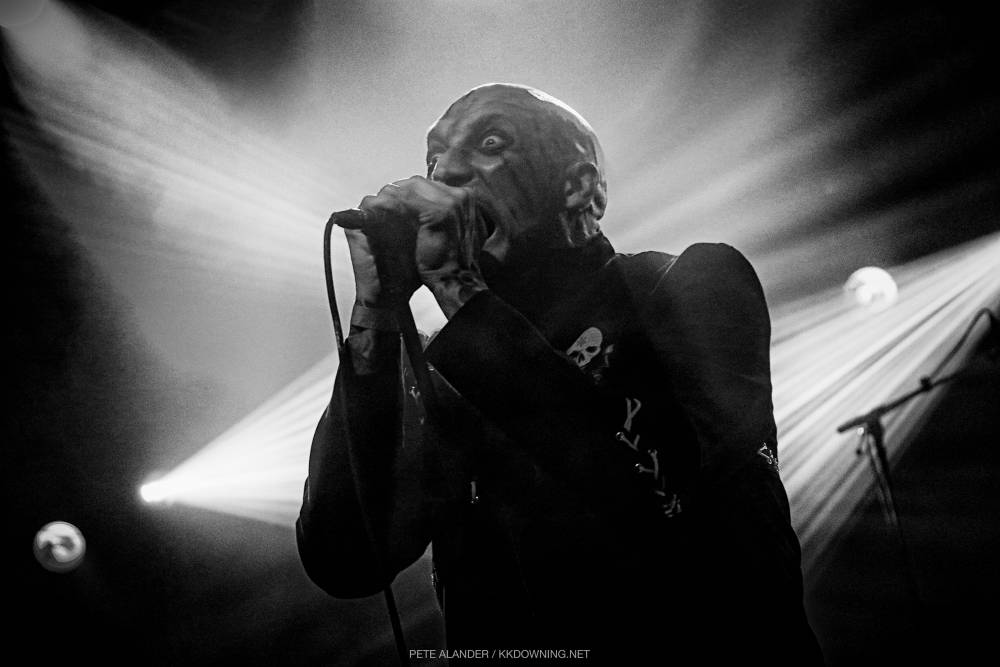 Probably my most anticipated performance at Steelfest was from Mgla (5) and they didn’t disappoint at all. There was still some breath in me to check festival final act Marduk (4) as they played their iconic album “Panzer Division Marduk” entirely and as an ending “Werwolf” from their latest album.

To see all the pictures from Steelfest:Go to Steel Mill´s Facebook page 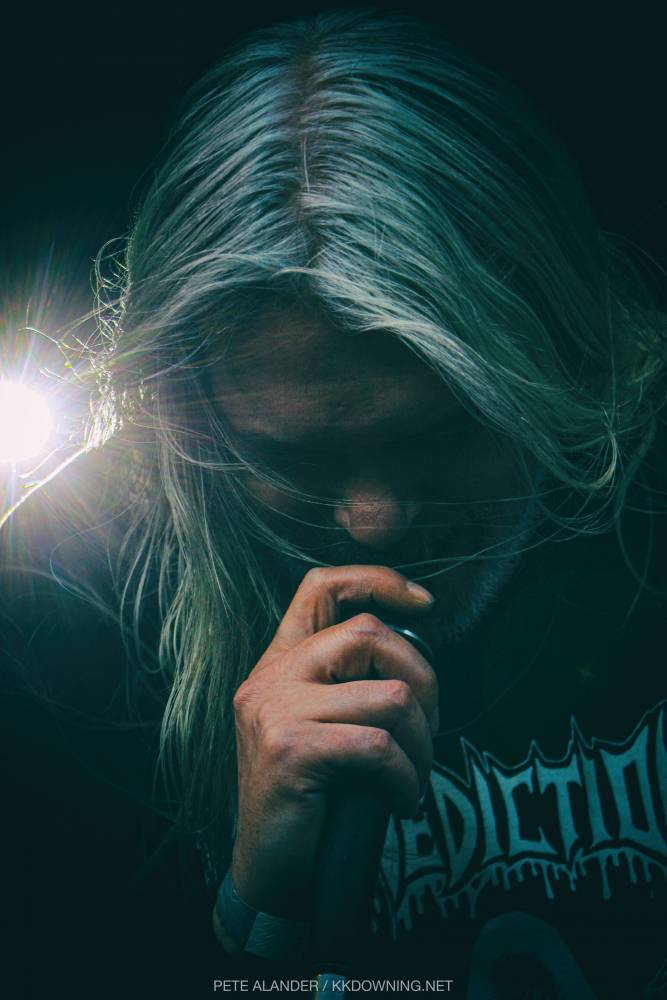 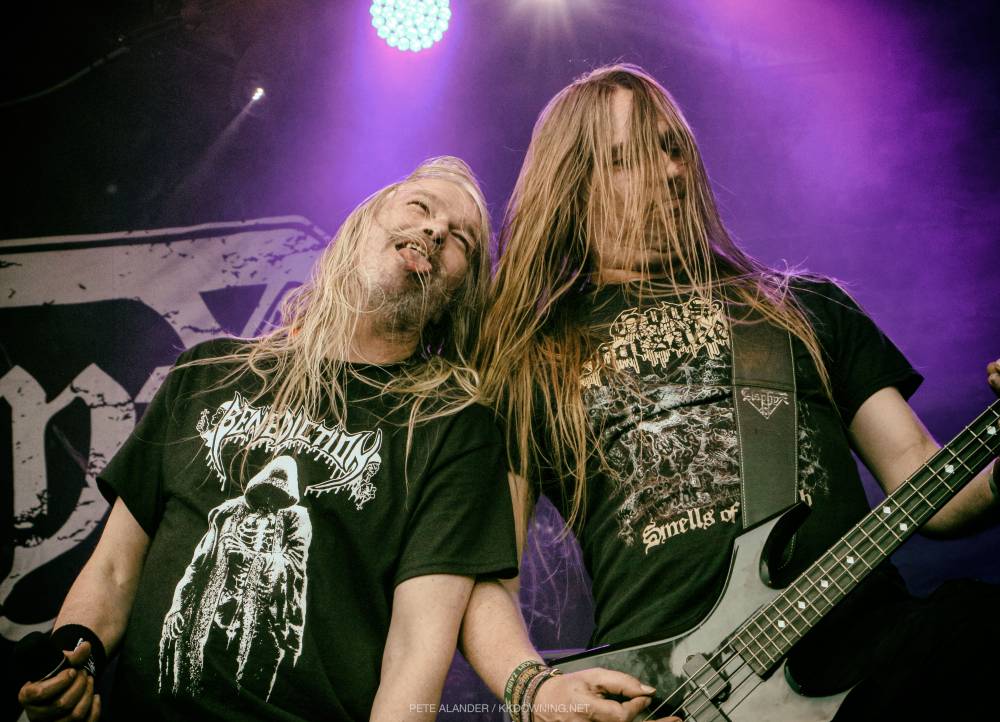 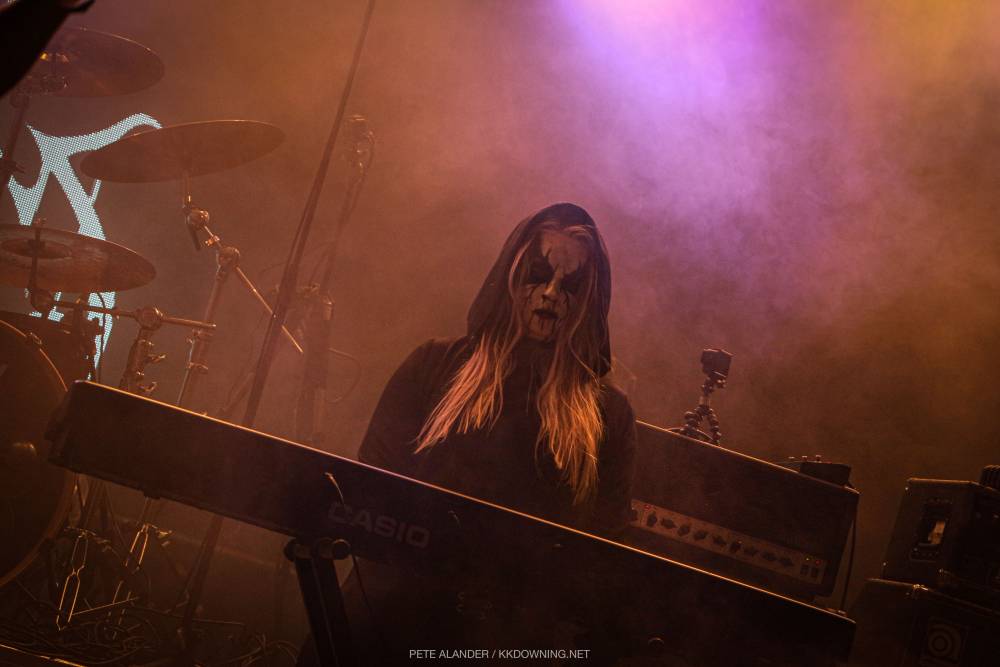 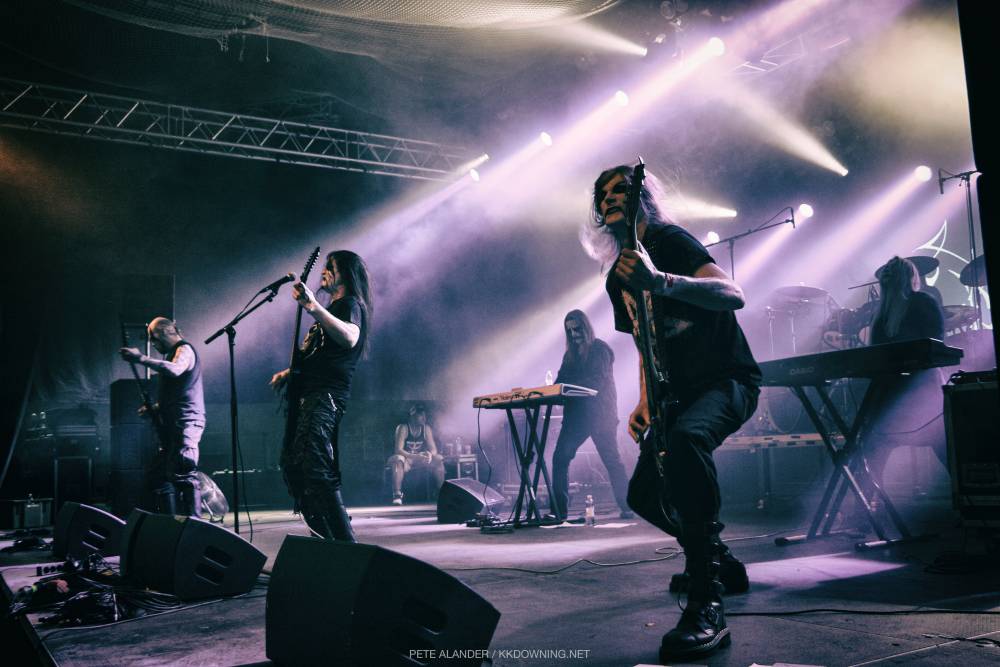 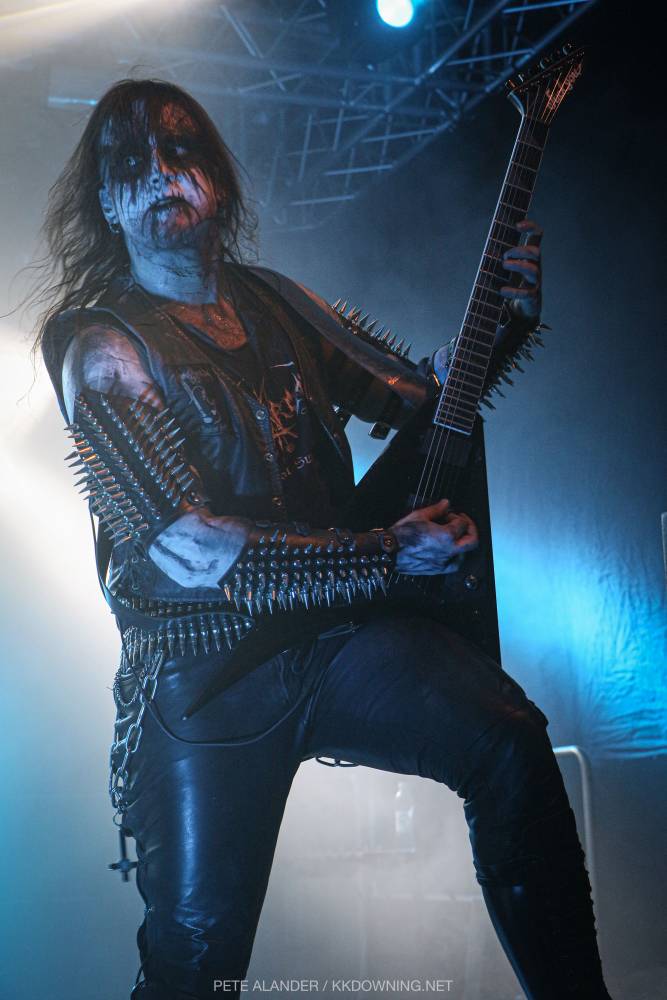 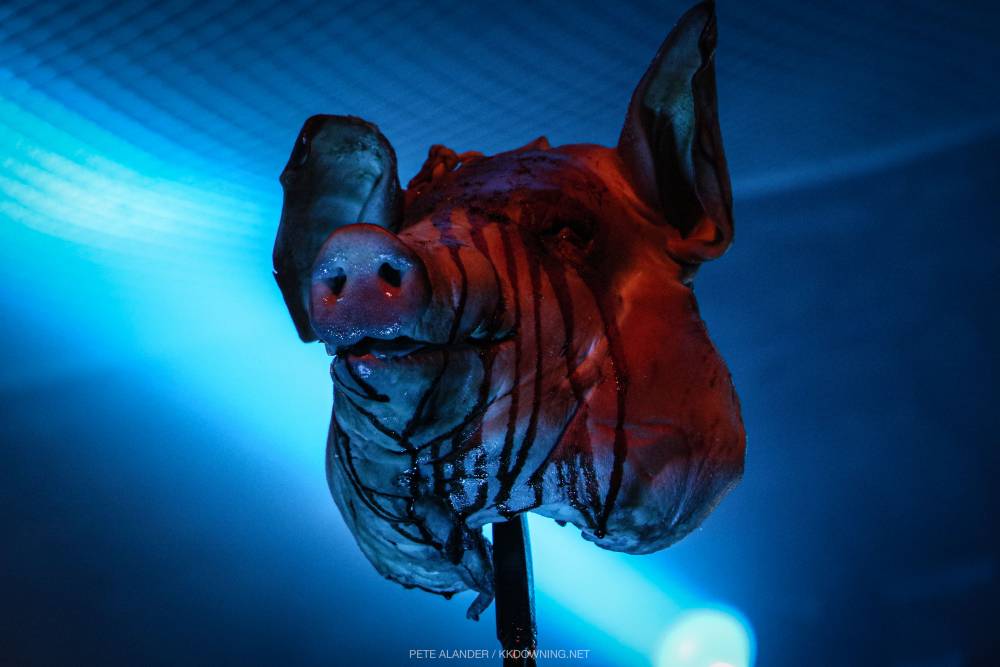 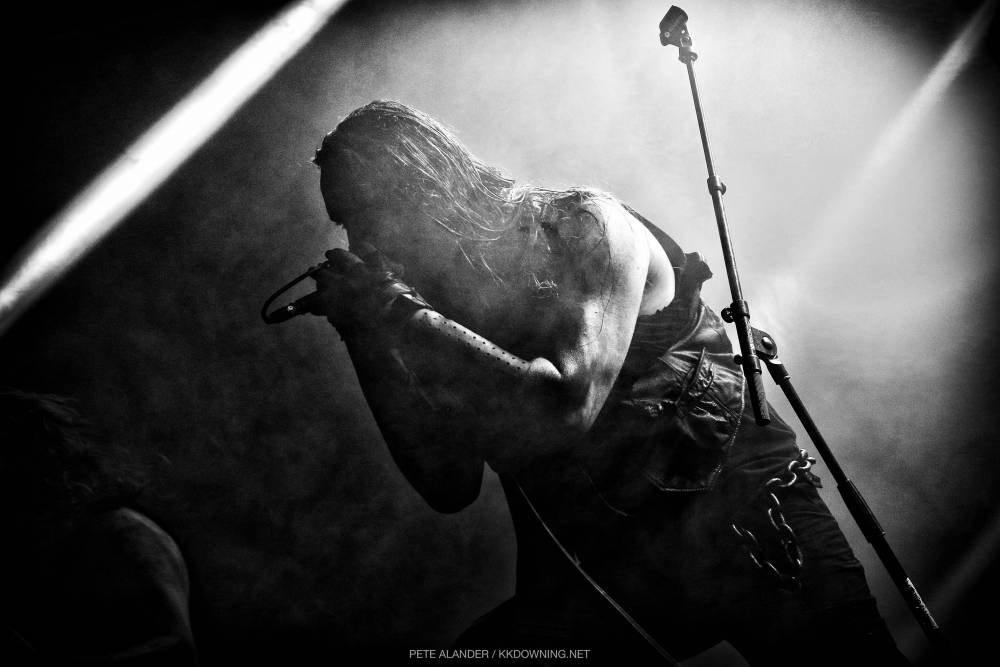 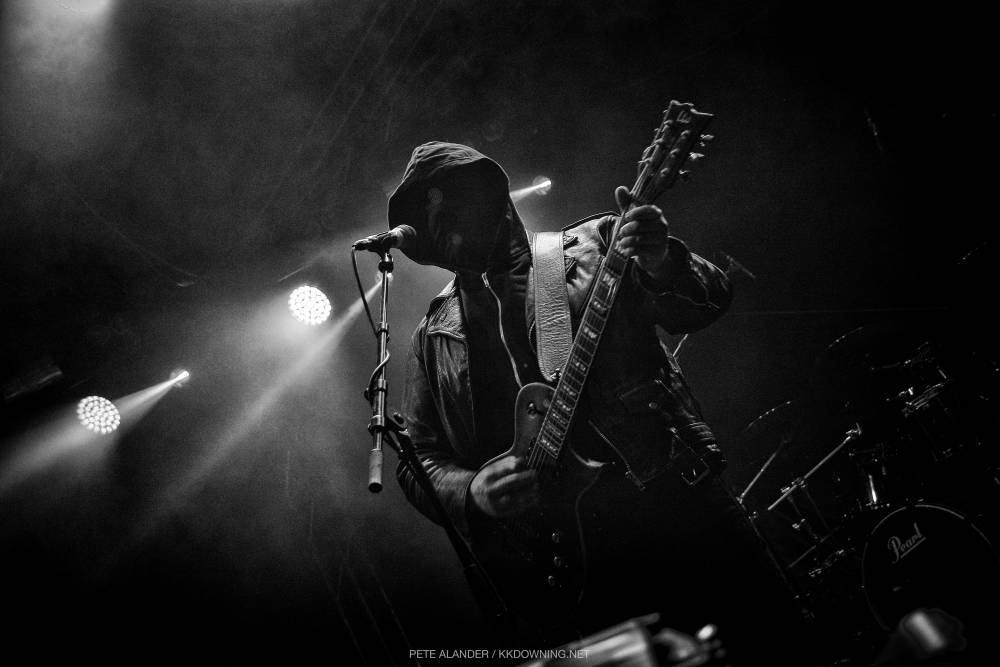 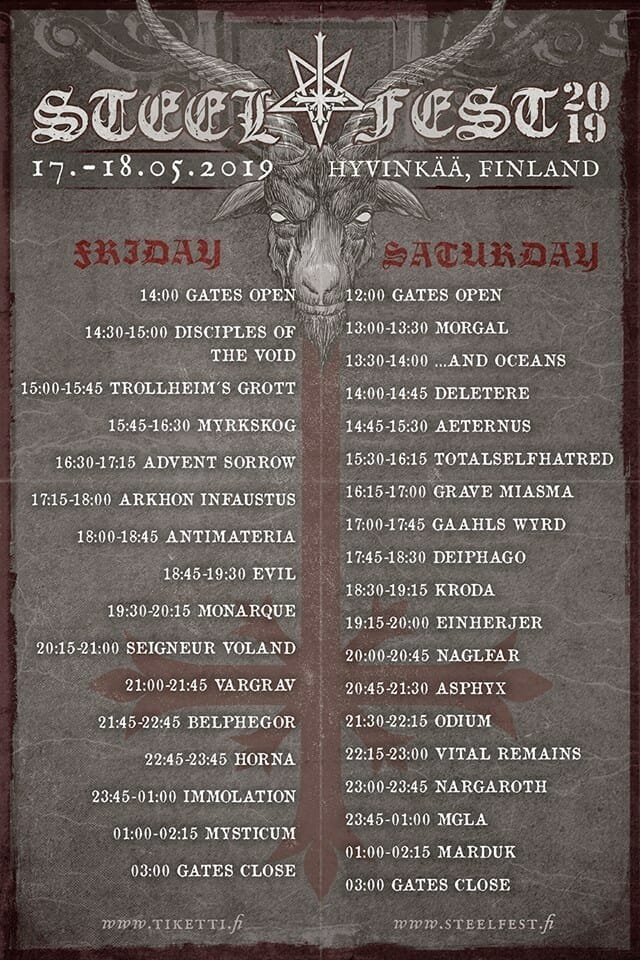