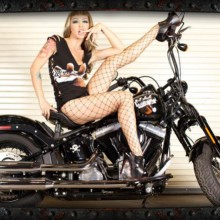 As a tattoo artist, have you ever done any Judas Priest related tattoos?

Started one but the guy never did finish it….I think he moved away. It was a full back piece of Angel of Retribution. I am starting a Judas Priest inspired tattoo on a young client later this month. He wants a tattoo inspired by Rock Hard Ride Free …should be fun.

Do you already have a vision about it? There’s no official artwork connected to this song…

Yes, he wants a girl with a guitar and a girl with a bike. I am going to use K.K.’s flying V and one of the pictures I have of the Priest bike in the piece.

You got also huge SWOD tattoo on your back. Was that an easy choice from their visual catalogue?

Definately an easy choice, it’s my favourite album cover! If I had more room I would get others but they need a big space to do them justice and I don’t have too many big places left! I am booked in for a Judas Priest portrait in June …either Rob or K.K.

Tell us something about your history as a Judas Priest fan?

Started in 1982 when I went to the Screaming concert. I had been to a couple of concerts but none that blew me away like that one. I tried to hit as many shows as possible after that. I have seen around 25 live shows now. 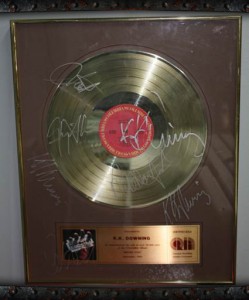 You have a nice collection of old Judas Priest posters, contracts and promo shots. Are there any interesting stories behind getting them? It must be a hard, and expensive, task to gather such a collection…

The one of a kind stuff is what I really try to go out and get. Started when I was building my vinyl collection in the mid nineties after finally getting a job where I could afford to get a bit more serious. This was way before ebay so you had to go to record shops in towns you were visiting and never miss an issue of record collector magazine. I saw the Priest contracts in record collector and phoned the shop that had them. They gave me a pretty good deal on the whole lot which was my first really big purchase. My gold British Steel record came next out of the same magazine, and the rest is history. Now with ebay, collecting is much easier but a lot more expensive. I check ebay each day …it kills me when I see something I need but my credit card is maxed out.

Could you name some items that slipped through your hands at ebay?

Mostly bootlegs. Just after New Years a couple of years ago, someone sold about 7 bootlegs I did not have on ebay. I just could not swing it at the time so missed out. I have missed a few pre-1980 posters and a few copies of albums I need but either forgot to bid or passed on it due to it’s condition …I really like all of my pieces to be close to mint as possible. I now use a bidding program that automatically bids on items for me …this way I don’t miss out on something I want and skip the bidding wars.

Are there any special items in your collection you perhaps consider more valuable than others?

I just purchased a poster with Judas Priest during the Al Atkins era, it has Hiroshima opening which had Rob Halford on vocals. Never thought I would get any pre-Priest Rob items, let alone one tied in with Priest as well. I emailed a copy of it to Al Atkins and he had no idea Rob ever opened for them as they just showed up to their bit at the end …he seemed a little chuffed at the idea.

There’s also a British Steel Harley in your garage. I quess it’s the same one that was the prize of a lottery during the BS anniversary tour?

Yes, I saw the draw but forgot to enter! I get really busy at work and sometimes drop the ball on things like that. It was not long after the draw that the bike appeared on ebay. The price was really high at first but came down after no offers on it. The second listing was at a price I thought I might get my wife to agree on …only took me 5 minutes to talk her into it …I was on fire that night! Ended up working overtime for quite a long time to pay it off. I am trying to decide whether to ride the bike or not …I think I might have to!

So, at this point it’s only used for pin-up photoshoots?

Yes I tattoo a lot of pin up style pieces and want to move towards more custom stuff. Having the Priest bike on hand was perfect to add to my first model shoot with Masuimi Max from Los Angeles. I have started a painting of her on the Priest bike, but it will definitely not be done till next year …very large and detailed. I do plan to ride the bike a little but definitely want to keep it in perfect condition. 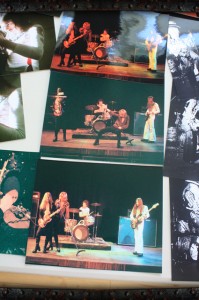 Besides of motorcycles and old posters, do you collect more conventional Priest stuff, like records or tourbooks?

I started my collection with vinyl and other stuff like tourbooks. I have an almost complete collection now. I am missing one 7″ record that I just can never seem to find anywhere (German p/s of Better By You, Better Than Me if anyone is feeling charitable!) All I have left on 12″ records are about 10-15 bootlegs and a few of the reissued color vinyl …the Harley kind of ate up all of my funds. I finally found a Rocka Rolla tourbook which completes my tourbook collection …I was obsessed for about a year on that one.

That’s probably the hardest one to get, and in your copy there are also autographs and additional markings by the band…

Yes I did not know it even existed until watching Heavy Metal Basement (Read Jim Powell interview at the Mill) …then the hunt was on! It finally just popped up on ebay. Each member has signed nest to their profile inside and John Hinch has crossed out lives with parents, and replaced it with lives with a girl …I often wonder if he is back with his parents!! 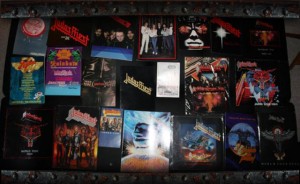 How many times have you seen Priest live, and of those, what was the best experience?

Have seen Priest live around 25 times. Hard to do in the middle of Canada! My favourite tour was Painkiller where I travelled by bus across the country to catch 5 shows …from Vancouver to Toronto and every stop in between …four days and eight hours on a bus in one week was the unfun part of that trip though. Ended up flying back to Toronto to catch Priest again on the last show of Painkiller …this ended up being Rob’s last show before he left and was also the show he got knocked out riding the Harley on stage.

Are there any other special Priest-related moments that you remember?

I always enjoy making a complete ass out of myself whenever I get a chance to meet anyone in the band. I am always so damn nervous I probably don’t make any sense. I ran into Rob in an alley in Portland when he was touring with TWO. My wife said a few words but I just stood there like damn idiot …never know what to say without looking like a twat so I say nothing and look like a twat anyway!! 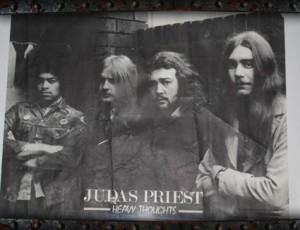 Speaking about K.K.’s departure, how does it feel to see the band without him on this Epitaph tour, or are your going to see them at all on this last major tour?

I still don’t understand K.K’s departure. I was absolutely devastated when I got the first text from my brother. I still see Priest as K.K and Ian’s house. Everyone came after the fact including the management. It is impossible to know the inner workings of Priest and must have been a completely crappy situation …bands seem more like businesses now, and it is a bit of a shame. I am still hoping for a small miracle and a change of heart …they can even keep the new guy and copy Maiden …worked for them! I was planning on catching more shows than I ever had on this final tour, but now I will catch one at the beginning of the North American leg and decide from there …it definitely won’t be the same though. 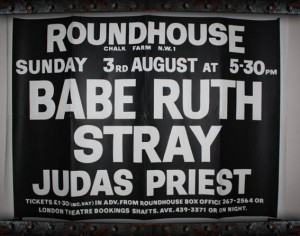 All Priest fans know that whenever you listen to any Priest album you can’t help but be in a great mood. I miss the days when I had time to put the headphones on and listen to album after album as loud as I could handle. I might book a day off work and do that again soon …maybe start with Rocka Rolla and end with Nostradamus. 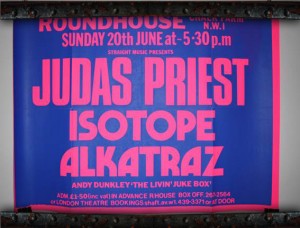 What is your favorite album and song?

My favourite Priest album has to be Nostradamus. I thought the entire thing was incredible …a bit more mellow than usual but still incredible. It sounded like they took their entire recording career and melted it into one album. You have the piano from the early recordings as well as the synth guitars from turbo. Very brave to pull that one off.

My favourite song has to be Run of the Mill …Rob’s screaming at the end as well as the keyboard sound on the instrumental part …incredible …often used to start my day on the way to work. 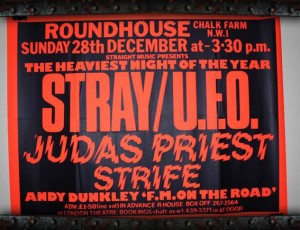 Your message to K.K. and the Millworkers?

K.K. …start a new band with Al Atkins and Chris Campbell, if you can find him …call it Priest73 …I’ll be your manager and won’t ever piss you off …honest! You would have more original members than Judas Priest!! You could start all over again before all of the management bullshit!! …seriously though …thanks for 40 years of incredible music …it won’t be the same without you.

Millworkers: Keep the Faith …thanks for the great website! 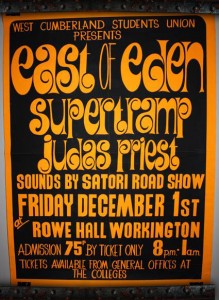