We are always expanding our spectrum of metal at the Steel Mill. We got the honor to sit down with Russian metal musician B.M., who is involved with many projects but especially his atmospheric pagan/black metal solo project Skyforest is getting attention well deserved around the Internet. 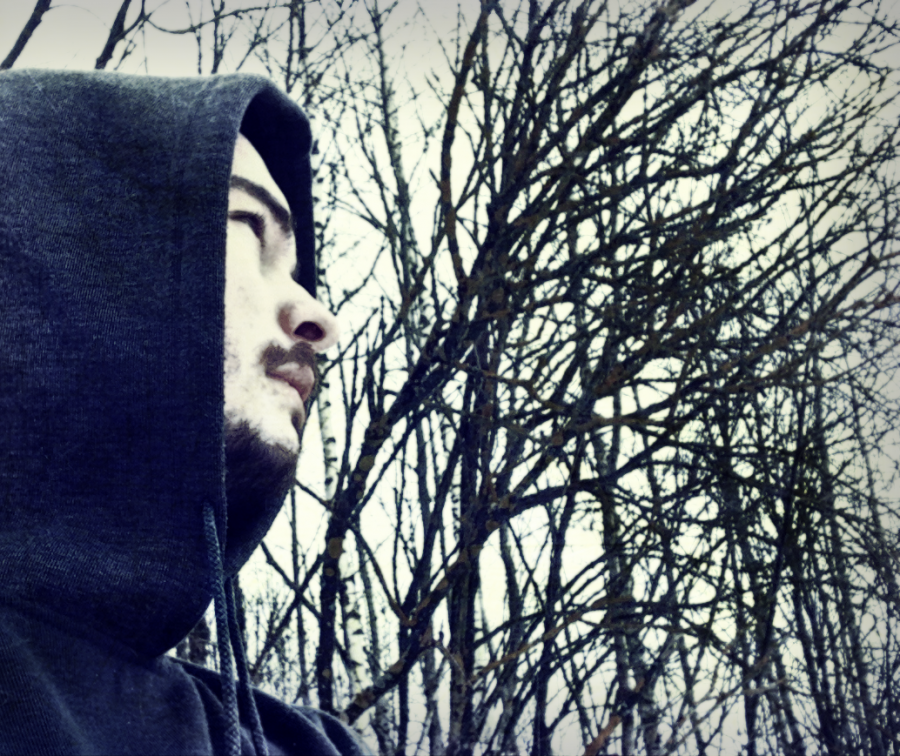 Skyforest is a one man black metal project from Russia. Are you completely doing everything yourself or are there more members included?

I did pretty much everything on Unity, but for Aftermath I have invited Tim from Germ. I’m a huge fan of his works and it was a pleasure to work with him. Aftermath became more collaborative than personal, because Tim did lyrics and vocals. He also recorded drums, using my simple patterns as a reference though. For Unity I tried different approach. In the beginning, I wanted to do everything completely on my own. I got bass guitar, got drums and tried to sing by myself. I did well with first two things, but my clean vocals were not sounding that good and epic, so I decided to invite someone else – Michael from Sul ad Astral. He outdone himself there and I’m more than happy with the result. However I still did all the harsh/speech vocal parts, also all vocals in Fading Glow (my calm voice fits well there I think) and all vocal melodies for Michael to sing. There also was Robert who did a flute recording on Autumnal Embrace, I think he did very well and it’s surely nice to hear a natural flute sound. And of course I managed all of the recording process and production (mixing and mastering), as I always do with my music. 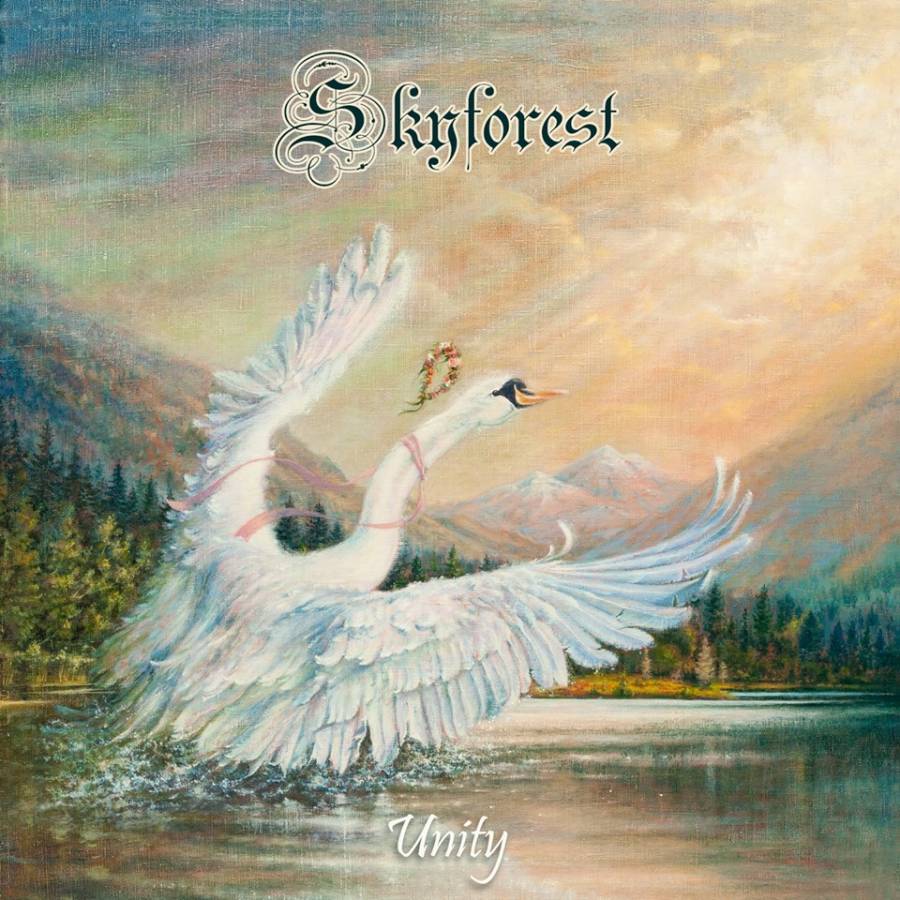 What is the main philosophy and ideology of Skyforest? It is described as atmospheric black metal and melancholic metal. Are you on a crusade against religions or something else.

No. I respect all of the religions, I think everyone has the right to believe what they want unless they don’t have an impact on others and don’t force anyone into their beliefs. Aftermath might be black metal, but Unity is not. There are maybe riff structures and drum patterns that are close to it, but it doesn’t belong to black metal scene, especially in lyrics. I will keep it that way in the future. Skyforest won’t touch any religious aspects (maybe slightly), and no NS-aspects in any way. Mostly it’s about my life, feelings or love for nature of our planet.

How do you compose your music? Do you have a certain process or methods when writing songs?

Usually I jam on guitar and trying to catch a melody so it would associate with an image in my head. I write down the riffs on my PC and then writing the song, arranging things. Then I replace the instruments with the real ones I have. Lyrics always come the last, after the whole instrumental is done entirely.

What is your background as a musician? You seem to be involved with many projects currently. Are they similar to Skyforest or something totally different?

Oh, I do various things. One of the projects is similar, it’s called A Light in the Dark and been active since 2012. You might want to check out the latest EP Vanished, which was released in autumn 2016 – mostly instrumental post-black metal/shoegaze. As for other things, I have Blurry Lights (romantic piano/post-rock music, currently on Hold) and very cute and nostalgic dreampop/shoegaze project Hiki. This one is totally different from the image of Skyforest, but it has its own small fanbase. I keep all of the projects separate, I might share some ALITD news on Skyforest page, because it’s similar, but that’s it. I like to experiment with other things, did a few instrumental in metalcore, brutal death, hip-hop styles but they didn’t evolve into projects. I also tried trancecore genre, did one EP called Dawn Chaser, but the project is now on hold. I have a couple of instrumentals ready, but not enough even for an EP.

How is the black metal scene in your area?

I’m not really aware about it because I’m not attending live shows or meetings. I live not far from Moscow, and I know a few really good bands from there (for example, Melankoli/The Lost Sun, I know him personally).

I just want to create art
and I keep ‘music’ and ‘paid work’
as separate things,
so it’s the amount of listeners
is what matters most to me.

Is Skyforest going to play live shows and if so, are you gonna tour outside Russia?

No, there never were such plans. Skyforest and all other projects of mine are my hobbies and can be described as ‘studio projects’ I think.

There are almost 120 000 views of “Unity” on Youtube. Do you find Internet and digital distribution a good way to promote music or is it killing the industry?

It’s indeed a good way. Yes, it’s ‘killing the industry’ when labels or bands don’t receive enough money for their music. But if one is after the money in the first place, I’m not sure if he should make music. I just want to create art and I keep ‘music’ and ‘paid work’ as separate things, so it’s the amount of listeners is what matters most to me. You can always find my music on my bandcamp and get it for free, I don’t build any price-tag-walls, people can reach it easily in the best quality available. Yes, there are CD’s and tapes, and even vinyls are not dead yet – but those are for collectors. Good music will be always bought, that’s why I found a label for CD’s – people were asking for them!

Is there a new Skyforest album coming in near future? If so, what can we expect?

Another album for sure, maybe even more. However, there is no material write now and I don’t know when I start to write it. It should be better than Unity, at least in my own eyes.

Could you tell us a bit more about the thrilling artwork in “Unity” album? 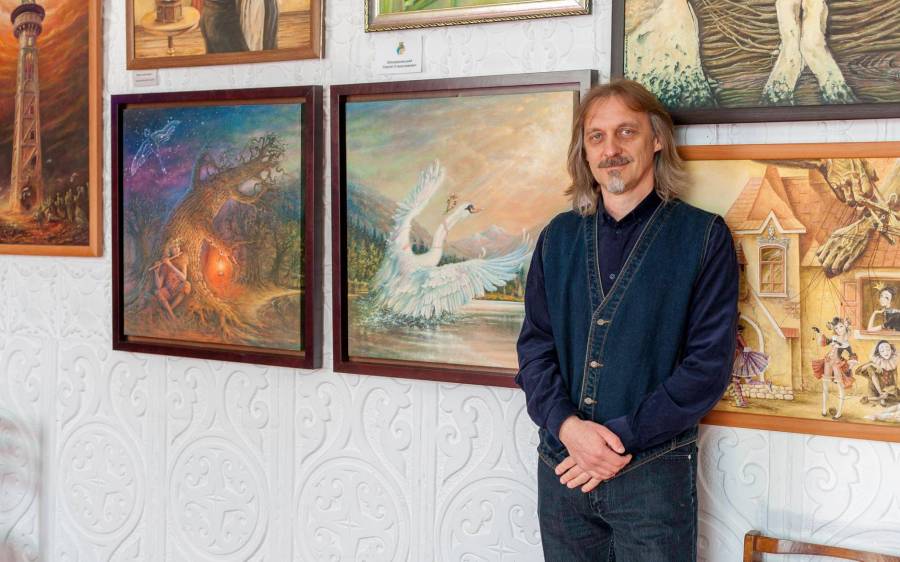 Artwork was painted by a very talented ukrainian artist Sergey Shenderovskiy. He sent me an email saying that he enjoyed Aftermath and offered his services if I ever need it. So, the time came and we discussed the idea. And here it is. It perfectly reflects my vision I had for Unity, I couldn’t ask for more.

You recently re-released Skyforest first album “Aftermath”. How was the process? 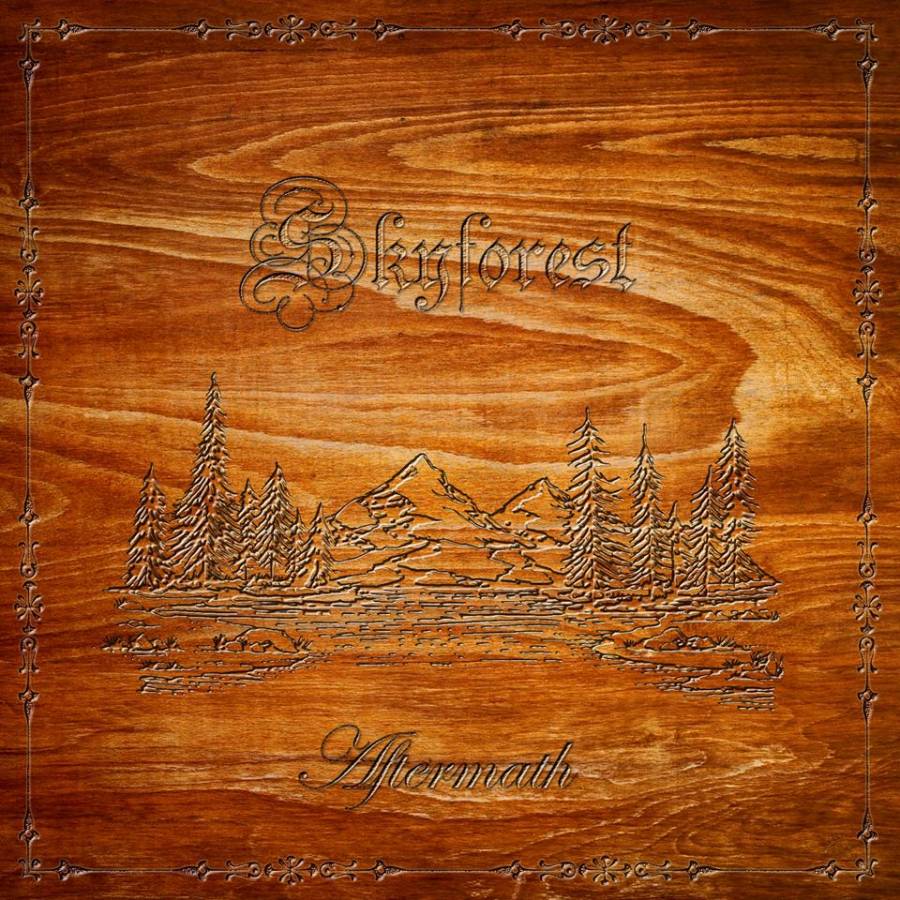 I’m always into the cleaner sound, but due to my inexpirience, Aftermath was produced not so well. I wanted to simply remaster it at first, but turned out some things were recorded really bad so I simply rerecorded a few things. To be precise – rhythm, lead guitars and bass. The last one was programmed in the original recording, I got bass guitar some time later. Same goes for artwork, it was always a hard thing for me, maybe I don’t have that ‘eye for it’, so I decided to keep it simple and minimalistic.

What is the future of Skyforest? Can we still enjoy your metal in 2030?

I can’t believe it’s almost one year since the release of Unity, but there is no new material yet. Another album will come for sure. Right now I want to find a place to set up the drums and focus on playing and recording them (for Unity this process was rushed a bit). This project is the most important and personal among all, so I won’t let it drown that easily.

Thank you for the interview!

And thank you for the good questions. It was a pleasure. 🙂