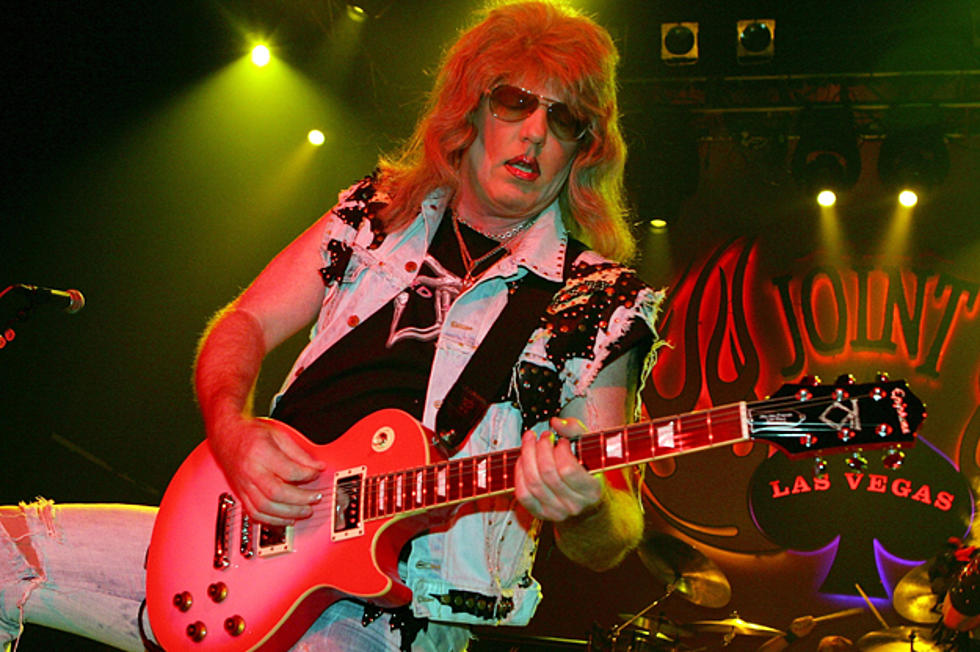 Twisted Sister ended their long and illustrious career after 40+ years in 2016. Band’s founding member and guitarist Jay Jay French has been through thick and thin with the band and shared stages with Judas Priest going as far back as late 1970’s. Heather Williams went through his career highlights for Steel Mill.

I’m curious! What can you remember about the September 8, 1979 Judas Priest, Twisted Sister concert on the Boardwalk at Asbury Park, Paramount Theatre?

We were put on the bill because we were very popular in New Jersey and the promoter needed help to sell tickets. We as a band loved Priest. As good as we were that night, Priest was better than us and I swore that we would never be second best again in concert. 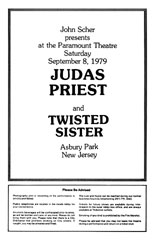 Originally, Twisted Sister started out as Silver Star. There are so many things to go through just on this alone. You actually got into that band by auditioning right? It was also what they called a “glitter band”. Can you set us straight on what a “glitter band” was?

“Glitter band” is as lame as label as “hair band”. Just a way for media to describe a “scene”. I guess bands who wore make up like Bowie must have glitter falling off them.

Silver Star is an awful name. Instantly forgettable without any redeeming sense of really anything. That is how I felt. Twisted Sister says it all, perfectly.

In the early days of Twisted Sister, you guys played LOTS of shows back to back. These were known as the Club Days. Were you playing original or cover songs at that time? I really feel that these “club days” are what laid the groundwork and paved the way to Twisted Sister’s success. Why were your fans back then known as S.M.F’s or Sick Mother F*****s?

Over a 10 year period we were able to transition. It took years to fully transform from a cover band to an original band. We were also not drinking or doing drugs so the SMF’s were created to be proclaim that you could be crazy without drugs or alcohol although we never specifically said it.

You sang as well at one time in Twisted Sister. Why did you give up the singing?

I really can’t sing well. It is better left to others.

Twisted Sister started out as more of a glam rock group but then took a heavier direction. Can you tell us at what point this happened and why you guys decided to take on a more heavy sound?

Whatever happened to the t-shirt company and record label you guys started back in the early eighties? What was that all about?

They were established as a means to move forward but never to be permanent.

Why did you start using the name Jay Jay French? Why did you want Dee to use Dee instead of his name Daniel? You also had a name Johnny Heartbreaker back then.

Names of bands members in those days were made to sound theatrical. I was Jay Jay, Danny couldn’t be called Dee Dee because of Dee Dee Ramone so he just became Dee. 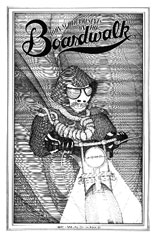 How did your music make its way over to the UK back in the early eighties? You guys ended up staying in the UK for a while right? How long did you guys stay over there? How did you live and survive?

Our 45’s made it over the pond and several rock writers picked up on them. We were always brought over by record labels, first Secret then Atlantic except once when we borrowed money to play “The Tube”.

The band’s first EP titled “Ruff Cuts” was heavy with an old school, unique sound. Who was influencing you guys musically at the time this EP came out?

AC/DC and Priest were the musical foundation for us at that time.

“Under The Blade” is the band’s debut album and has the classic Twisted Sister lineup: you and Eddie Ojeda on rhythm and lead guitars, A.J. Pero on drums and Mark Mendoza on bass. Motörhead’s “Fast” Eddie Clarke does a guitar solo on the song “Tear It Loose”. The album was also produced by UFO bassist Pete Way. How did you run into Eddie and Pete?

Pete was brought in by Secret Records through the association of various writers who thought that it would be a cool connection.

“You Can’t Stop Rock’n’Roll” – I find this album a little heavier than “Under the Blade”. Why the comedic approach to your music during this time as far as promotion of the band such as in music videos?

The video was pretty funny. We as a band are pretty funny, That’s how most of the videos of the time were done.

“Stay Hungry” for me is hands down the best Twisted Sister -album. It was heavy, and the music just had that certain something, right at that sweet spot in time, just fit right in. This album sealed a permanent place in metal’s history for you guys. Any thoughts?

I’m grateful for it for it but I have never discussed it’s specific importance with the members of the band. I’m sure everyone has an opinion. It’s not my favorite.

Who is that one actor that appears in both the “I Wanna Rock” (he plays the teacher) -video and “We’re Not Gonna Take It”? He’s great!

Mark Metcalf from the movie Animal House. I was just with him yesterday at an autograph session. 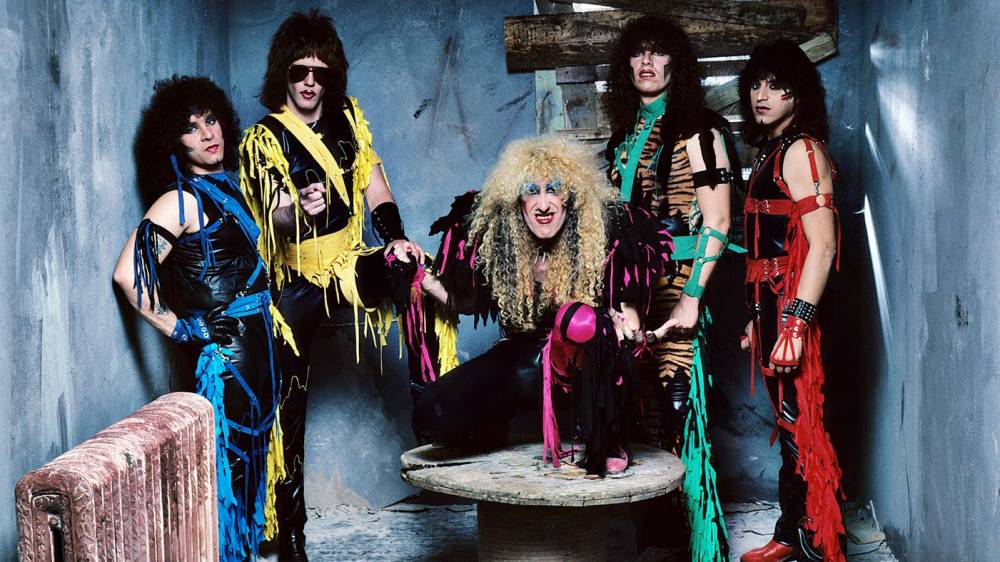 After playing all those shows in the “club days” what was it like when you finally got up on bigger stages in front of thousands of fans?

The clubs we played in the club daze got to be huge (up to 5,000 people!) We also played to outdoor crowds of over 20,000 people while we were in the bars so there was really never a surprise.

Why did AJ Pero leave the band after the tour supporting the “Come Out And Play” -album? I feel this album is the second best after “Stay Hungry”. Did he return to play shows with you guys in the later years? I know he was drumming for Adrenaline Mob as well. He passed away March 20, 2015. How did his death affect you?

AJ told me when he left that he thought that our music was too simple and not challenging for him. I miss him everyday. Nobody could do what he did. He was as special to us as Bonham was to Zep or Keith Moon was to The Who.

“Love Is For Suckers”…Why did Dee want this to be a solo album? Were you guys in agreement with this? Are the problems and issues that went on with this album the reason Dee and Eddie left the band?

The band was fractured at the time. Dee formally quit at the end of 1987. Mark and I took over the business a couple of months later and informed Eddie.

“Still Hungry”..What was it about the “Stay Hungry” -album production that didn’t make you happy and made you redo the songs, even adding some new ones for this album?

It sounded like most of the lame west coast metal bands at the time. Yes, radio loved it but it just sounded lame and weak to some members of the band.

For a while, in the later years, Twisted Sister played some shows and festivals around the world and performed at benefit concerts.

The band returned in 2003 and played about 200 of the biggest shows in our career over the last 14 years, many to well over 100,000 people. We had never been that popular around the world.

The Grammys are meaningless to our kind of music.

Would you say that the Grammys still don’t give metal music its due in music history? I mean c’mon, we only get one category, Best Metal Performance, and I don’t think metal has ever won Album of the Year or Singer of the Year. I see NONE of those ever awarded to a metal band or musician. Are you going to tell me that in all the history of the Grammys there has never been a Best New Metal Artist? You are a metal musician in one of the most well-known bands in the world! How are your feelings on this? In my opinion, it seems like metal music is getting the shaft big time!

I just don’t think any metal fans watch or care about the Grammys which are a pop music creation. The Grammy’s are doing terribly in the ratings anyway. They have no influence whatsoever!

How did you come about running two New York City Marathons and why was it so important for you to run them?

Tell us about the Pinkburst Project and what are the current activities going on with that today?

The project was created to bring awareness to an inflammatory eye disease called Uveitis that my daughter has. You can also learn all about it at pinkburstproject.com.

Do you still have your management company Rebellion Entertainment? If so, what’s going on with it these days?

No. Rebellion Entertainment exists without me. I only handle the business of Twisted Sister. 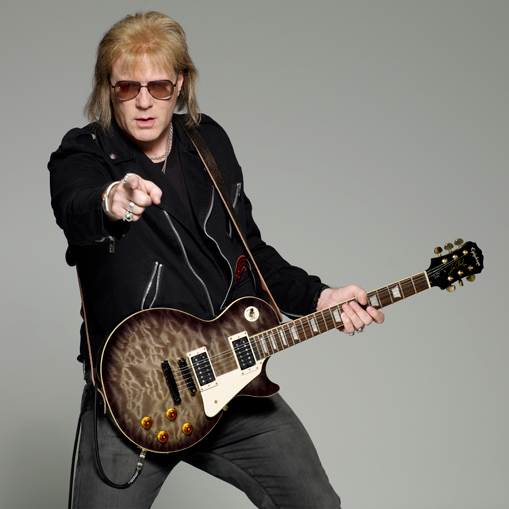 You write articles for a business magazine called Inc. as well as Goldmine: The Music Collectors Magazine, Copper: Journal of Music and Audio, and Scribe, which is Forwards curated contributor network. How did you get into writing business articles and what do you write about? I read a couple from Inc. and they are intelligently written and peaked my interest. Do you write for any paperback versions of the magazines as well or are they all online?

I met the publisher of Inc.com and told him I could do this. He asked me to send him a sample, liked it and hired me. I write about the things I love. My autobiography is coming later this year or early next year.

How did you get into motivational speaking?

Through my mentor Steve Farber, an author and motivational speaker.

Where can people find you on social media?

What do you do on your downtime? Do you have any fav foods, movies, books?