Having a Moment with Hannu Kiviaho 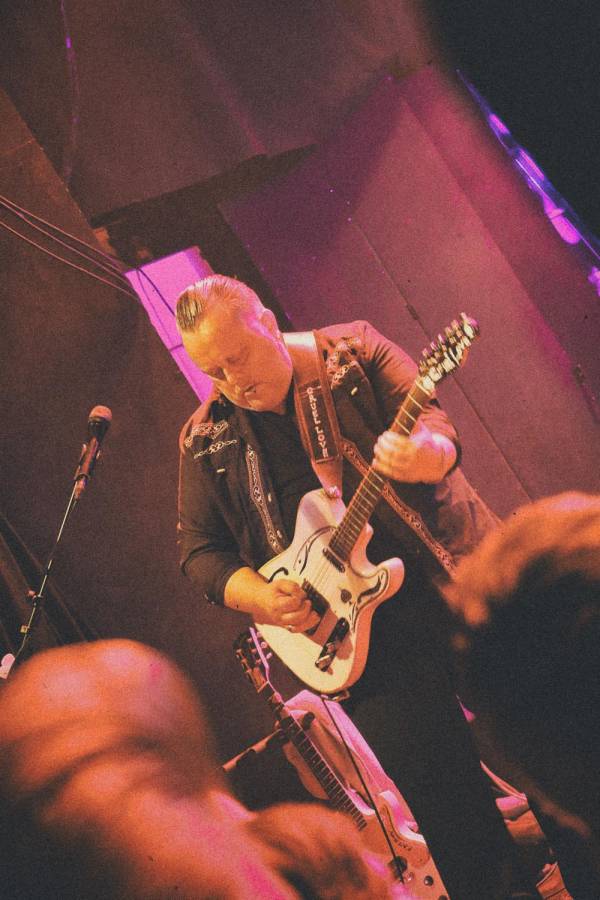 Sweden brings out successful acts from pop and metal. Grammy winner Ghost, Amon Amarth, Sabaton, Europe, even Abba and Roxette. Also one very special band hailing from Eskilstuna, a city founded by an English monk Saint Eskil and later terribly stoned to death by pagan Vikings! City has raised many musicians and bands but rockabilly sextet Fatboy carries on the flag of being the most successful act so far from Eskilstuna.

Yours truly had a pleasure to witness a full roar Fatboy show back in 2014 (read the review here) and since then I’ve been craving for more. Well written and performed rockabilly stands out and can give full musical satisfaction even for a die-hard metalhead. Fatboy has stated in their interviews besides rock, blues and country, Fatboy’s music is also influenced by heavy metal. As they have pounding, aggressive and faster songs like “Overdrive”, “Bad News From Pretty Red Lips” and “I Don’t Wanna Get There” it is easy to believe the statement.

Fatboy has gained success writing really solid, iconic and high quality albums. Epic ballads like “Last Train Home”, “The Wolf is at the Door” and gloomy “The Romantics” from the latest album together with catchy classics like “What Would Elvis Do?”, “This Tear Will Never Leave My Eye” and “Cruel Love” brings Fatboy to the spotlight of being one of the top acts from the genre.

Bands latest album “Moments” was released earlier this year. Steel Mill reviewed the album (⅘) and got the honor to sit down once again (read the previous interview from 2014 here)  with the founding member, guitarist Hannu Kiviaho. The band was about to start their mini-tour in Finland and then head back to tour Sweden.

Hejsan and welcome to Steel Mill!

– Thank you so much.  We just got here in Helsinki after two hours drive from an early ferry from Stockholm to Turku. When we got to the hotel, all tired of course, we found out our rooms were nowhere near ready. But that’s just part of the touring life. All sorts of things can happen, this was not even the worst case scenario at all, hah.

New anticipated album “Moments” was released in April. It seems to fit well into the high quality roster of Fatboy albums. How was the writing process for the new album?

– We already had about 20 songs ready before we entered our rehearsal room to test the songs. We test out every song and see which ones are solid enough to end up in the album.

The actual recordings were finished within three days. All of the songs were recorded playing live together, instead of recording each instrument separately. Working with producer Simon Nordberg went smoothly as he was also producing our previous album “Love Creole”. 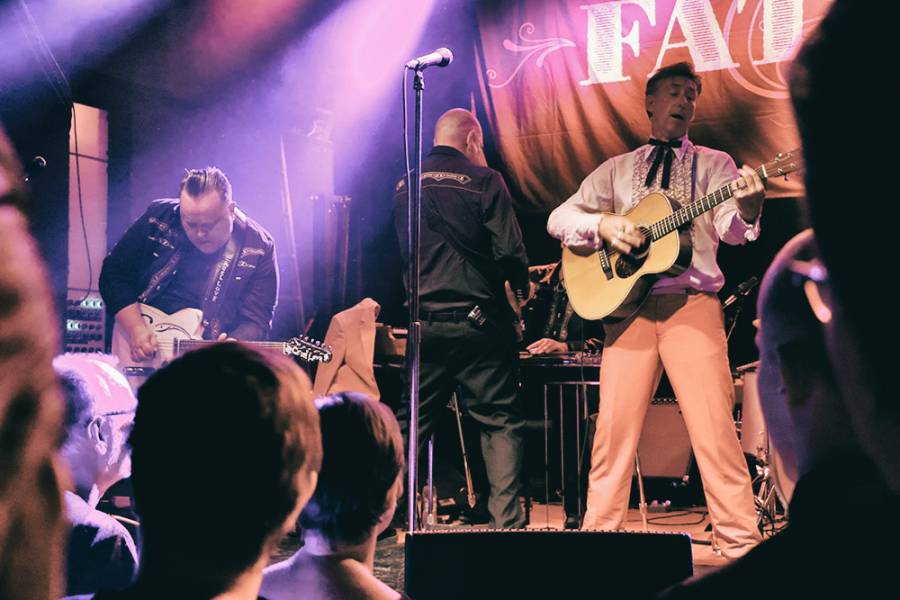 “Moments” is clearly an album from you and singer Thomas Pareigis?

– This time the writing process was a bit exceptional indeed. Me and Thomas wrote all the songs except “Moment That Counts” which was written with Kent frontman Joakim Berg. It was great having him as part of our legacy. He came into our rehearsal room and we asked if he would have anything cool for us. He wrote his parts within 20 minutes and it was instantly recognizable and classic Fatboy song. We are very proud of that song. There is also an actual symphony orchestra playing in the song. It gave us all shivers in our spines when we heard the result for the first time. 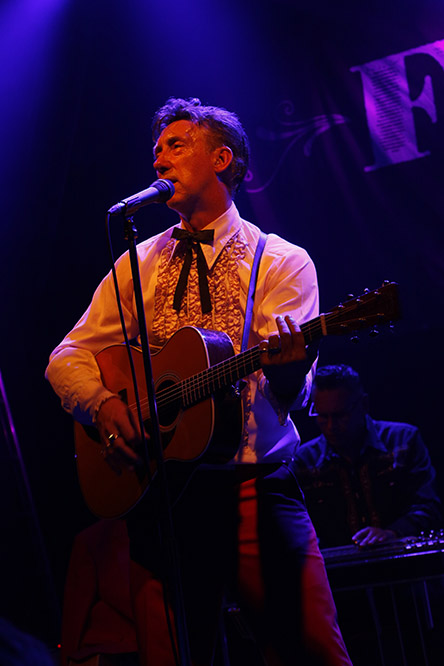 How’s the touring part with the new album?

– The very first “Moments”-show was the album release party. It was great to see people’s reacts for the new material. It took only couple of days when people knew how to sing all the lyrics from the new stuff. Mainly, we have been touring all around Sweden and now we are having a mini-tour in Finland. We are coming back to Finland later this year to tour the coastal part. Plans are to tour more Europe later on, we’ll see how it goes. We are also having plans to release a world wide distributed Greatest Hits album via Bear Family record company. Famous Bela B is very much involved with it and he and Thomas are singing a special duet version of “Love Creole” to the album.

What about the fans reactions to the new material? Album has gained very positive reviews in the media.

– Most of the fans have been really happy with it and some have been digesting it a bit more than the others. I believe “Moments” is a kind of album that needs few more spins before it hits you. All and all, that is just a positive outcome when it comes to songwriting and writing classic albums.

It really has been pleasure to read the reviews, it was chosen as the album of the April and some radio stations have been playing it over and over again. I hope K.K. himself have already heard the album?

What are your origins as a musician?

Well, we are hailing from Swedish town Eskilstuna which is really active when it comes to music. Many bands and musicians have roots or have had influences from the local scene. I started playing in bands when I was 12 years old. My very first band High Birds was the origins that finally evolved to be Fatboy.

What about your guitar gear

I have many guitars but my most beloved one is Telecaster. You can play loud with it! I usually carry two other guitars in a show, a Stratocaster 62 and Gibson Les Paul jr. My guitar amp is probably as old as me but the sound is still perfect. Personally I find the looks of guitars slight boring and because of that I’ve been pimping and tuning the looks of some of my guitars. I want them to be personal and just for me. 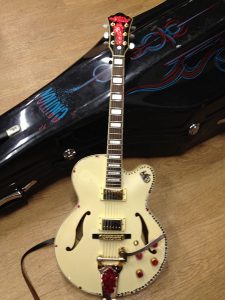 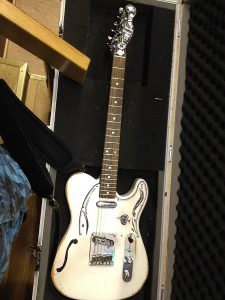 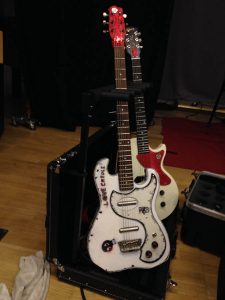 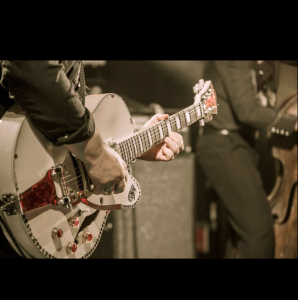 Fatboy has a new bass player. In your sound and genre, it is a major change and not a decision to hesitate with?

We departed with our previous bassist with friendly agreement, no drama there, just issues of scheduling with band and personal life. Very typical thing, yet we did have a problem where to find a new one. Luckily, once again from Eskilstuna, we found Thomas Schuldt. He has proved to be just amazing player and fits perfectly to our family. 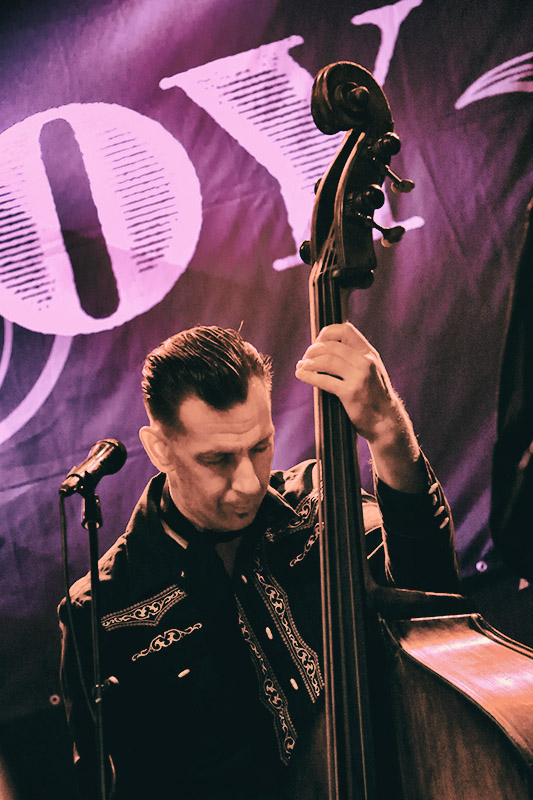 Indeed! We all get along really well, even after all these years of touring and working together. Every night when the first chord is played and you hear the crowd chanting we know this is what we want and this is what we do best! Loving every “Moments” of being in Fatboy! 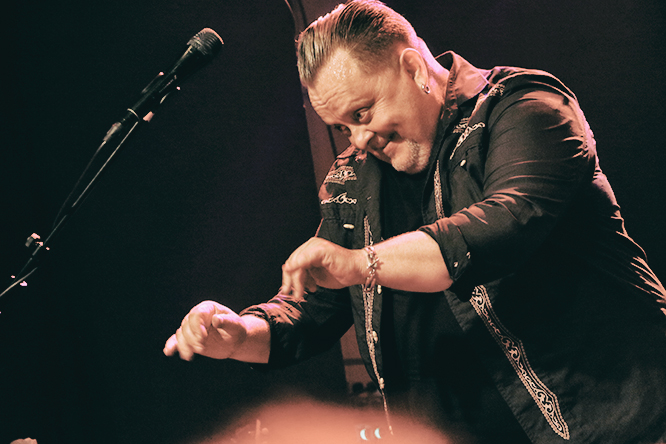 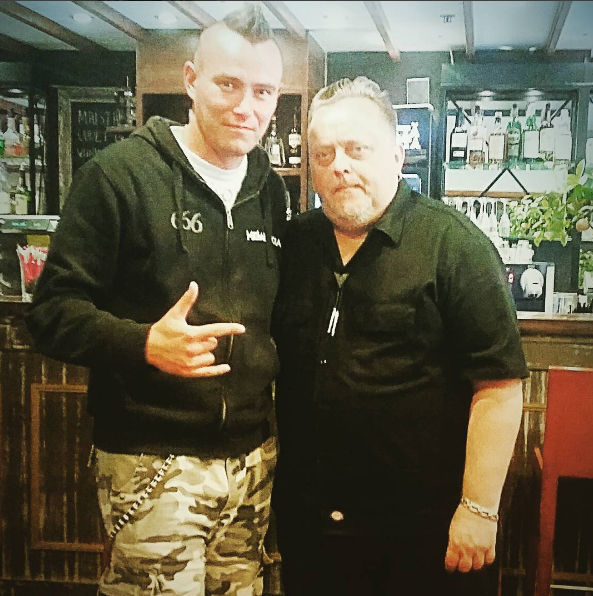