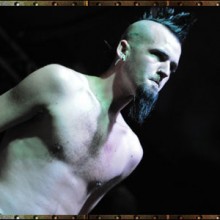 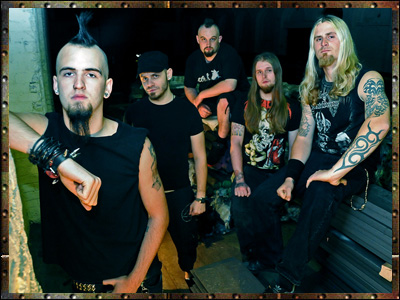 English Midlands, also known as the Black Country is the place where Heavy Metal is considered to have been born, being home to pioneer bands as Judas Priest, Black Sabbath, etc. Hailing from those same hallowed metal grounds come also our this month’s very special guests – British metal’s new hope Hostile – armed with a hard as nails attitude, determination to rekindle Black Country metal and their hot debut album ‘Eve Of Destruction’, produced by K.K. Downing. Hostile’s guitarist A.J. Mills arrived to the Steel Mill’s heat to share some stories about Hostile’s entrance to the Heavy Metal Universe.

After a long wait your debut album ’Eve Of Destruction’ is finally released this October. How are the feelings at the Hostile camp right now?

Everybody is really fired up and excited about the release, we can’t wait to go out on the road to show the metal fans of the world exactly what Hostile can deliver up!

Could you tell us something about Hostile’s history so far? You come from the Black Country, which has deep and strong roots that created heavy metal music…

Yes we are from the birthplace of heavy metal and are very proud of that fact. A lot of great bands have risen from the midlands, Black Sabbath, Judas Priest, Led Zeppelin and although there will never be another band that could touch the untouchables, we are determined to become part of the Black Country Heavy Metal Legacy and continue to fly the flag for British Metal!

By the way, how is the heavy metal scene there? Are there a lot of young bands around in the Midlands nowadays?

There are a few really good local metal bands about from the Black Country, but unfortunately not enough places for them all to play! A lot of really great venues have been forced to shut down because of the recession etc. 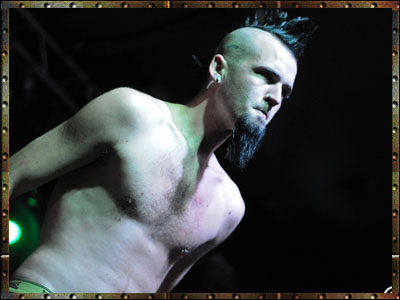 There have been some line-up changes since you first recorded this album. Was that the reason for such a long delay between your first visit to studio and the actual release?

Exactly yes, we have a new full on singer Jay who is 19 years old and full of attitude. Also we have a new bass player Alex Hill (son of Ian Hill) who like his father is a very talented musician and most recently we got Jack Young on guitar to who is a bit of a shred master! So we are all really revved up and confident about the band’s ability and have already started to write for the next album.

We didn’t know you got a new guitarist as well… Could you introduce the rest of the band to our readers?

We have all grown up within spitting distance from each other in the Black Country and all share the same passion for what we do, we are all happiest when we’re all together making heavy music. Hostile is a product of society, it’s all about who we are, what we are all about and what society has made us into. 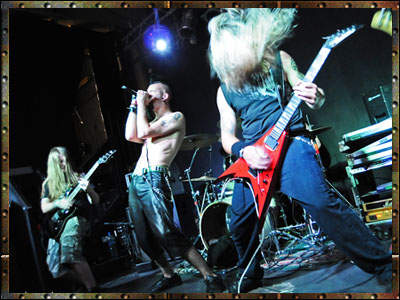 One point of interest, at least for many Judas Priest fans, is the fact that your debut is produced by none other than K.K. Downing. How did your co-operation start?

It was like winning the lottery really! Especially for me as I am a huge fan and grew up listening to Priest. My uncle Steve actually went to school with K.K. and they remained in touch and one day I was asked to drive Steve and my father to K.K.’s house. Whilst I was there I asked K.K. if he would mind if I played him my band’s demo cd and he said it was cool. From then K.K. said he would like to produce the record.

As a producer, how was he? How much input did he have on your studio work?

K.K. is a musical genius; he gave us all an invaluable lesson in heavy metal. He could really take the songs to a new level and make the track pulse! It was an absolute privilege to work with him and to learn from him. His input was priceless.

So your songs evolved in the studio after K.K. stepped in?

Most definitely, he can hear things in the songs that should or shouldn’t be there even before it’s done! His vision absolutely blew us away and we all knew how lucky we were to have him in the studio sharing his knowledge and wisdom with us, something we are forever in his debt for and something we will never forget. You will never meet anybody more cool than K.K Downing! 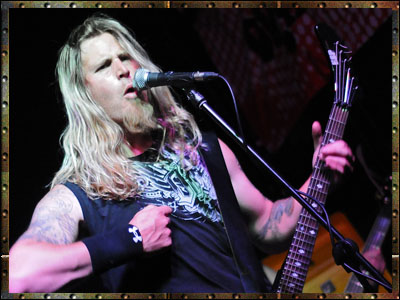 K.K. didn’t only produce ’Eve of Destruction’, but also introduced a song called ’Addiction’. What is the story behind this song, was it ‘tailor-made’ for Hostile?

When K.K. said to us he was going to produce the album he also said he was going to write us a song. The song is about the constant war over an addict’s soul and the inner demons that drive the addiction.

At the first stage K.K.’s song was called ’Avenger’. Is the change of vocalist also a reason for the lyrical changes?

No! The original idea was presented to Priest but not used. K.K. said he still had a lot of confidence in the song and with a revamp he could make it appropriate for us.

Together with your vocalist Jay, Alex Hill on bass is a recent addition to Hostile’s line-up. How much have these changes affected your music?

Massively, I think we have a real strong line-up now and also Jack has added to that and I’m really looking forward to the band’s future.

To me your debut sounds like a good mix of traditional and bit more aggressive modern metal. With the new lineup, is this what we should expect to hear more in the future?

Most definitely, I truly believe that Hostile can only get better through time.

Alex is also another connection between Hostile and Judas Priest. Have you received any advice from Alex’s father Ian?

No, not that we are aware of, but we appreciate that the Epitaph world tour is a major event in the history of Judas Priest. 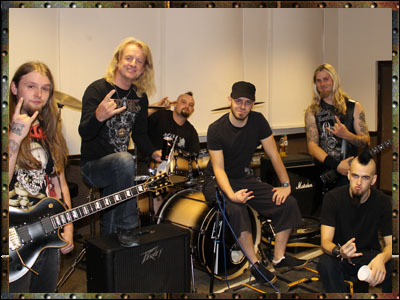 This month ‘Eve of Destruction’ is going to be released in Europe. Are there any plans made for a worldwide release?

We are still looking for a release in the U.S.A and also Japan.

I suppose you’re going on tour as well?

We want to play as many territories as possible and tour relentlessly.