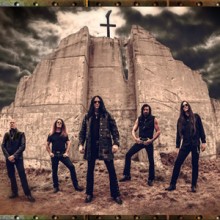 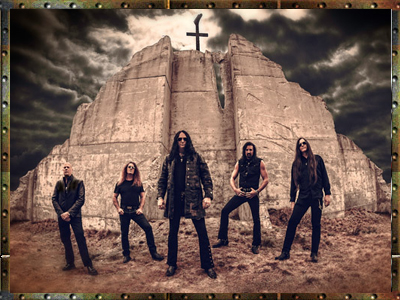 Legendary Metal Church recently returned from hiatus and in October released a brand new album. Steel Mill caught up with band’s vocalist Ronny Munroe and asked a bunch of questions.

Hi Ronny and welcome to Steel Mill interview. What have you been up lately?

Thanks for having me. There’s a lot of stuff going on right now for myself, and Metal Church and just trying to keep up with all of that is keeping me busy.

Metal church split up in 2009 following the This Present Wasteland, one of the reasons at least apparently being the state of record industry. How do you view the situation now and the state of heavy metal in general?

It was a few things but now were back and ready to do what we do best. The state of Metal in my opinion is it is asstrong as it has ever been and I don’t see metal ever going away. I like a lot of different styles of music but Metal is in my blood.

Metal Church reformed once again last year, what led you to that decision?

Kurdt calling and asking me what I thought and we both ended up agreeing that it was the right time, Kurdt then called the rest of the guys and asked if they were in and everyone was.

How would you describe the new Metal Church album and what type of direction it has?

The new record was released October 22nd and the direction is classic Metal Church with a twist of Now.

You have also released couple of solo albums during Metal Church’s hiatus, were you satisfied with them and do you have plans to do more of those?

I am very satisfied with my solo records thus far and yes I will be releasing my third solo effort after the first of the year. It’s called “Electric Wake” and I have some surprise guest’s on it this time and their not the usual suspects. So stay tuned for that.

You did a great cover of Rainbow-classic “Man On The Silver Mountain” on your first album, how much of an influence Ronnie James Dio was to you as a singer?

Thank you man I appreciate that. Ronnie was a huge influence on me and always will be. He was great to his fans and always remembered your name.

How do you approach singing classic MC songs made famous by David Wayne
and Mike Howe?

I sing them as close to the original as I can to pay respect as I should and throw in a little of me. I already have that kind of timber to my voice so it’s not really hard for me.

You have also sang with Trans-Siberian Orchestra for couple of years. What kind of experience is that compared to touring with Metal Church for example?

Well TSO travels in style and MC we do the best we can with the budget we have. But having the opportunity to perform with TSO was a dream come true and still is.

Can you describe the writing process you have with Kurdt Vanderhoof, how do you come up with ideas between you two?

Kurdt generally sends me the songs and then I come up with melody’s and lyrics and record them and send them to him. This time around Kurdt was much more involved in the lyric writing and melody lines. Which is a good thing.

Are you a self taught vocalist or have you taken lessons? How did your
career as a singer start?

I have had a few lessons early in my singing career but mostly self taught. I was a Drummer before I became a singer and how I became a singer is a combo of hearing Ronnie James sing ‘Man On The Silver’ mountain and our singer at the time being thrown into jail.

Who are the most influential singers to you?

I understand Your old bands Paladin, Far Cry and Rottweiller were all part of the Seattle scene. What memories do you have from that time when grunge was really stealing traditional metal’s thunder for a while?

I didn’t really care for Grunge that much because I’m old school and at that time I was singing in a bar band doing a lot of those songs , so that was a bit of torture J. The memories that I have from the early days are great and I will forever cherish them. It’s what’s made me who I am today.

What is your personal opinion about the state of music industry in today’s world?

The most important thing is that we keep making music no matter what the state of the industry is in. Music is Life and I for one will keep singing until I can’t sing anymore.

Thanx for the interview!