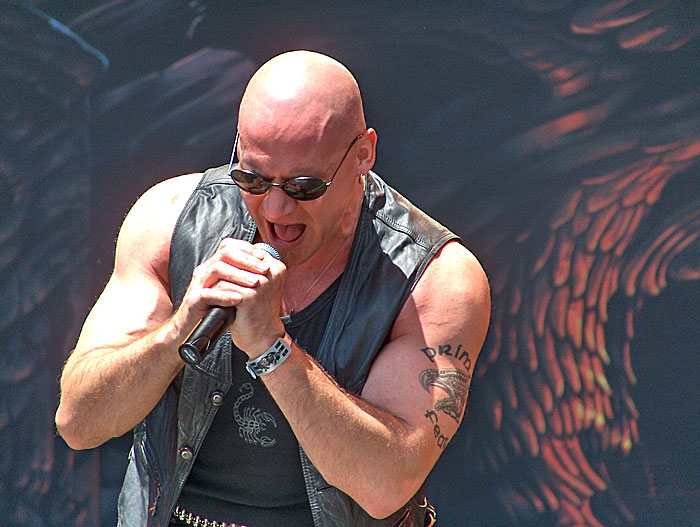 Primal Fear are one of the main groups at the moment carrying the torch for tradional heavy metal. And fronting them is arguably one of the best metal vocalists out there, Ralf Scheepers. A self-confessed Judas Priest-fan, Ralf was happy to sit down with us and talk about Primal Fear’s latest album “Rulebreaker”, touring plans and other interesting stuff..

So a new Primal Fear album “Rulebreaker” was released earlier this year. How do you feel about the end result?

I know that every musician would say this about their newest effort but it’s still the truth if I tell you that we all think it’s our best album to date. The songs, the sound, the entire flow and package. Well done gents!

How would compare this album to previous ones since there is already quite a history behind the band?

It’s always hard to compare the newest to a previous release as you wouldn’t compare one of your children to an other, they all have their unique and certain quality and class. I would say it’s the most brilliant sounding CD of us to date, even if I repeat myself here.

The first single and video was titled “The End Is Near” and second ”Angels Of Mercy.” How was the production and in general how much work did those videos take?

It was quite interesting as we went out to that somehow odd place where a sculpture artist has built up some old railway wagons and futuristic kind of Mad Max looking sculptures. We came early, worked until night time, had some fun with those girls in the “Angels Of Mercy” clip (just talking and drinking 2-3 pints) and went home again. It was all done pretty quick compared to some previous video shots.

The band released four songs from the album beforehand. Some bands stream entire records before release. Is this the way industry is going, you have to offer fans something prior to release or was this planned by the band ahead?

It’s a band-label decision and yes, it’s a new trend to release teasers beforehand. It’s a good thing for fans as they go out and buy the final CD anyway as the real fans they are. 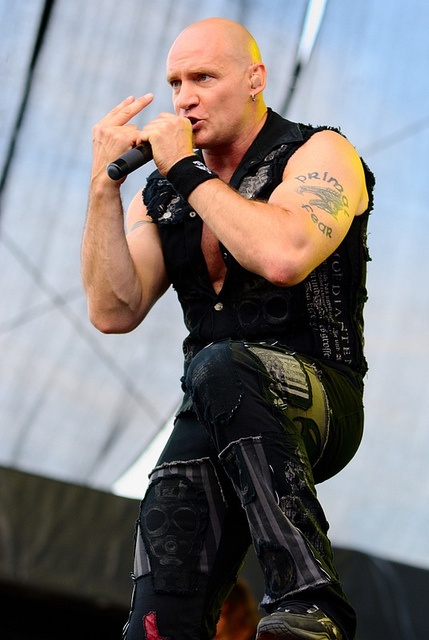 How do you feel about records going more and more to digital world, will there still be physical CDs printed for shop racks in say, ten years’ time?

I think so yes. It’s even going back to vinyl again and as I’ve mentioned before the real fans are going to the shops to purchase the final product. They want to see the pictures, read the lyrics and get the real deal!

Primal Fear is known for having several skilled guitarists coming in and out of the line-up. How do you feel about the current members of the band? Can you describe each member with two words?

Hm. I wouldn’t say coming in and out, we are pretty stable these days. It’s just that Magnus (Karlsson) can’t go on tour because of his family and we are respecting this, being dads on our own. We just came back from a 2 month world tour and all I can say is that the current line up rocks and fits like a glove! For each of the guitar player members we have live and in the studio I have two words: SKILLED – METAL

You released solo record “Scheepers” some years ago. Any plans to record another solo album?

Not so far, no. It was the more or less a one time thing. First I am major busy with Primal Fear and my other job (teaching vocals) and second I use all my song ideas for Primal Fear.

Where did the title “Rulebreaker” come from?

We had some titles on our list and we thought this is the strongest. Basically it came from Mat (Sinner). The song “Rulebreaker” had the title “Hell On Wheels” before, so it was changed last minute.

What albums and bands are usually spinning in your own record player and what were the musical highlights of 2015 for you personally?

To be very honest, I have no time at all listening to new stuff anymore. It’s more or less coincidental when I surf the internet on facebook or blabbermouth. Basically it’s really good stuff which is coming up. One of the highlights in 2015 for me was the new Accept-album. Or was this in 2014? LOL.

If you had to pick a favourite track off the new album, what would it be?

It’s a tough one again but the one which stands out a bit is “We Walk Without Fear.”

You are rumoured to be also guesting on former Judas Priest singer Al Atkins’ new album. What can you tell us about that appearance?

Yes it’s true. Al and I became facebook friends and we have liked each others postings here and there, so I have offered him to do a duet with him and he has answered that he was about to ask me the same thing. So he sent me a playback of a classic Priest track and I switched my mic on and recorded it in 15 min.  Song: Surprise! Maybe you know it already anyway.

When we interviewed you for the first time for 2007’s “New Religion” we talked about the resurrection of classic heavy metal. How do you view the scene today? Will there be new Primal Fears rising from the black country any time soon?

If I would be a clairvoyant I could tell you. I’m really not sure if there will be bands coming to keep up the flag of the 80’s-90’s style of classic heavy metal. A few are still there, so lets hope some new will come…

So after the release of “Rulebreaker” you went on tour with Luca Turilli’s Rhapsody, what can we expect as far as other tour plans go?

As we are just back from the USA, Japan and Australia I can tell you that we did this double headlining tour in the USA together and it really went pretty well! People dug the package! 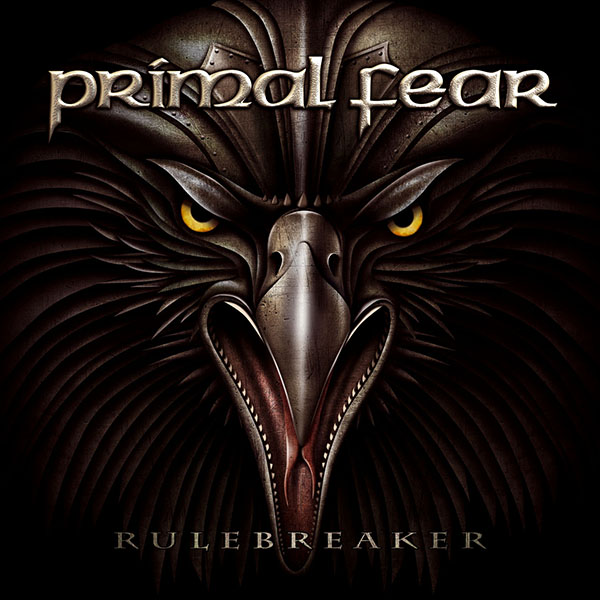 How much of the new album can we expect and is it difficult to put a set list together? So many songs to pick…

We’ve played 5 songs of the new album! And yes, it’s difficult to please everybody so we do what goes together as a good mixture of our back catalogue in addition to the new material.

What Priest albums inspire you most and how do you look back the influence of Priest in general in metal music ?

They have surely left their mark and for me it still was THE major impact as I have heard them the very first time in 1979 (I was 14). So it’s still the live album (“Unleashed In The East”), the “Screaming For Vengeance” album and of course the “Painkiller” era which I like most. I would say that bands like Metallica and Megadeth wouldn’t sound like they do without Judas Priest.

Any last words for readers of Steel Mill?

Keep the faith, spread the word, horns up! How much more phrasing could it be? But I mean it! 

Thank You Ralf, very much for Your time!