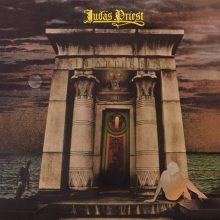 The Fuel Of The Furnace pt.1: the 40th anniversary of “Sinner”

By 1977 Judas Priest were on the verge of something big. A new deal with CBS Records was signed and the band kicked off new year by recording their third album at Ramport Studios. Former Deep Purple bass player Roger Glover was drafted in to produce. For the first time Priest had a proper record company support behind them and were determined to deliver a ball breaking album. In April they unleashed “Sin After Sin” a beginning of a new era.

Read the first part of The Fuel Of The Furnace-series, focusing on the classic Judas Priest number “Sinner”: